As we do each year around this time, on Sunday, we sugared off with the Grill Master, the Pie Goddess and their two kids, ages 12 and almost 9. 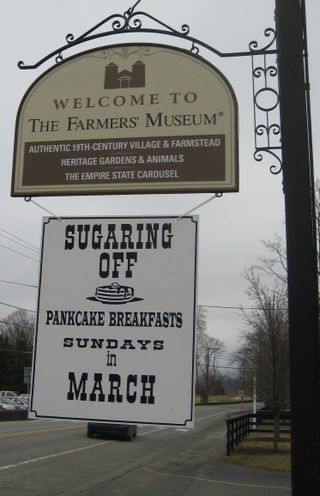 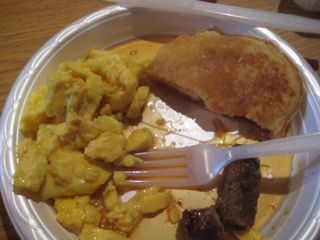 There were moist towlettes, which are de rigueur when one sugars off. 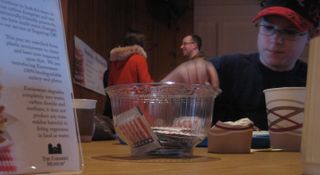 The real fun was outside, tho. The kids ate Jack Wax, which is hot syrup dripped on snow, which makes a taffy-like treat. 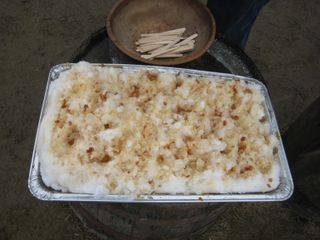 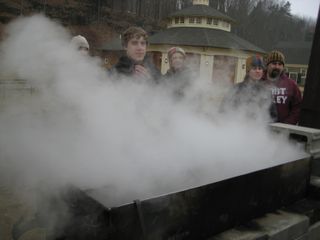 Boiling down sap. For the trivia buffs, the ratio is 40 gallons o' sap to 1 gallon syrup. 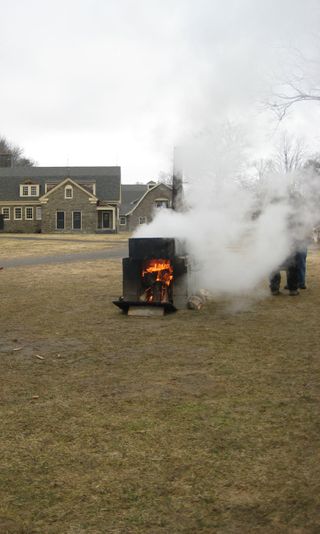 The Boy's response to the fire: 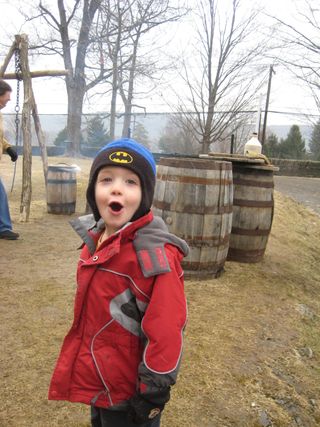 The lesson of the day in the schoolroom, where the girls made splines and whirligigs. 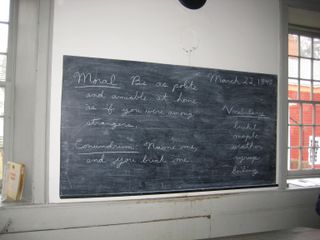 Cory sat still in the schoolhouse for about 30 seconds before going back out to watch the fire.

The largest change this year is that the Pie Goddess spent the trip being wheeled about because she broke her foot a few weeks ago in order to avoid having dinner with us. (Yes, it is all about me.) There were signs that we may have survived the worst of the winter. 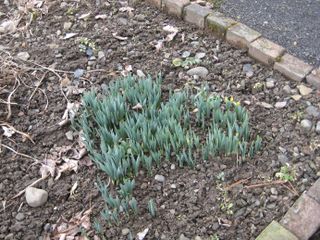 Those are DAFFODILS, people! Hooray!

And the Boy road the carousel. 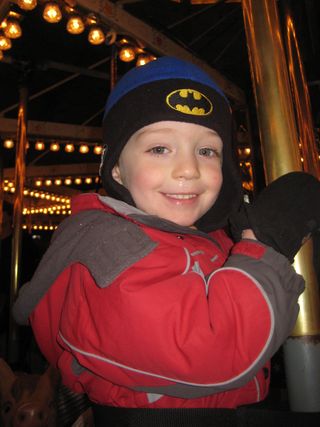 Suffice to say, a fine time was had by all.

Hmm, in NW Vermont we called it sugar on snow. I don't think I'd eat anything called Jack Wax. Hubby thinks it's gross that I eat maple syrup on vanilla ice cream and couldn't watch me eat sugar on snow.

Sunday I saw some daffodils in Homewood Cemetery that were actually in full bloom. I think they are jumping the gun a bit.

I used to participate in Maple Sugar days as a GS to help bring money into the council at one of our campsites. Cooking all day. making pancakes for people to buy. And for some strange reason.. I remember rifle lessons. *shakes head like water is in her ear* Can't imagine doing that but. huh. Did enjoy playing with Maples sugar and being in the hothouse.

I'm with Netter. I never knew there was a name for it. We just went outside and poured syrup in the snow. Or went to Pahkah's Bahn (https://www.parkersmaplebarn.com/) for it.

I'm starting to wonder if what I thought were daffodils were actually crocuses. Hrm. time will tell.

Perhaps the cemetery flowers know something that we don't? Or are just optimistic?

Anj: Nothing says spring like sugaring off and guns. You should stitch that on a pillow.

It seems like all maple having communities have their own name for sugar-on-snow. I might have to track down the etymology of Jack Wax. Parhkah's Bahn sounds great, tho.