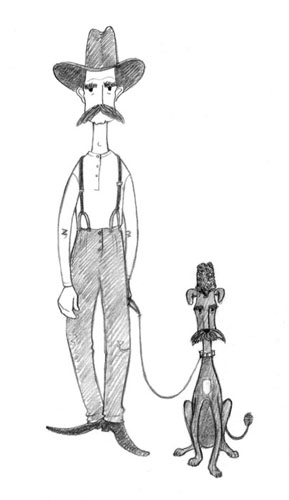 “Well, buddy, it’s hard to explain,” I said. “See, we’re not on the gold standard anymore, which means the Feds can, essentially, print more money in order to forestall all sorts of unpleasant consequences.”

“Perhaps,” I said. “But all economies are based more in people’s ability to believe the impossible rather than in actual supply v. demand-type facts.”

“Thems some deep thoughts for a dog with a mustache,” Clem said.

“Indeed,” I said, then spent the next twenty minutes chasing my own tail.

Up with figs, indeed!

deep, one of the best.