we have taken the castle

Can you guess where we are? 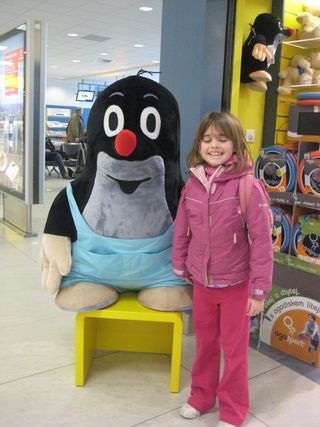 This was taken after about 12 hours in the air on various planes. No wonder her eyes are closed. 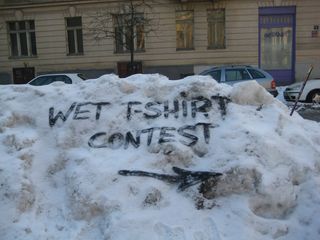 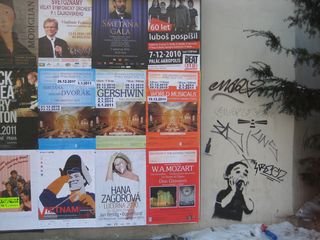 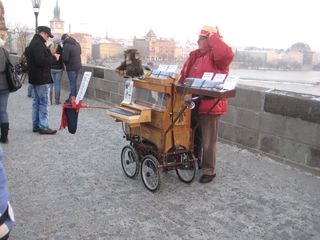 There are organ grinders here but I don't think they should count if they don't have live monkeys. 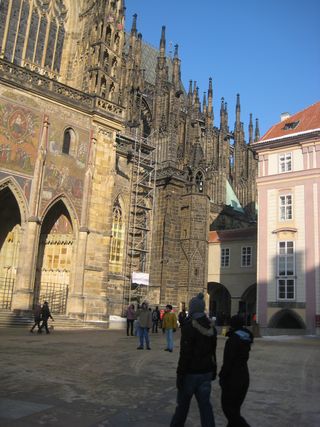 The Hub is in the brown coat. It's a little chilly in Prague right now - but, really no colder than at home. WE have the clothes for it and it's mostly just fine.  St. Vitus' Cathedral is on the left. From the top of the Cathedral's tower, which was 287ish steps straight up. Worth the climb but oy. Lots of steps. 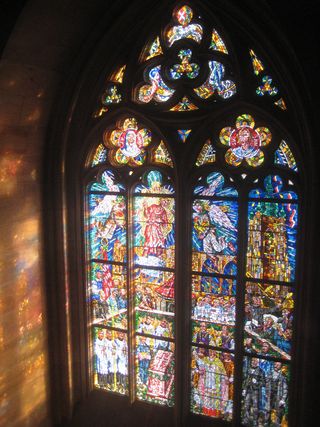 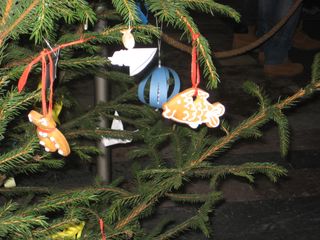 There are gingerbread ornaments hanging on the tree in the absolutely stunning gothic-y front bit of the cathedral. We stopped keeping an eagle eye on Cory just long enough for him to eat part of one of them. Is that a venal sin?

Speaking of - both kids did amazingly well on the flight. Last night was a little touch and go, since the Boy had been up for 27 hours by the time he fell asleep. We've been really impressed by them, tho. It's nice to be pleasantly surprised by your children. As opposed to the oh-god-no sort of surprise. 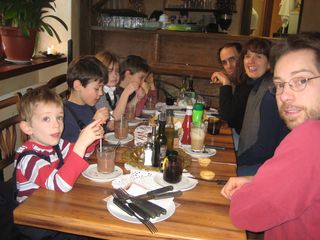 Beautiful photo of the stained glass. I wish you more fun and more good behavior.

Oh, I am jealous ... I've always wanted to go to Prague! B and my Eldest went there during their trip to Europe this summer, and I was GREEN with envy.

Have a wonderful time!