will not have to worry about vampires tonight

We just finished a fierce Apples to Apples game with all of the kids, which we started shortly after we got back from a Czech pub where we had really good beer and I had old Czech garlic soup (Staročeská česnečka s chlebovými krutony, šunkou a sýrem), which was something like this recipe but also with little chunks of ham. It was perfect, frankly, for a cold night.

Before that, the adults went to a performance of Handel's Messiah, where we discovered that no one in Prague stands during the Hallelujah chorus. Also, like in the U.S., the women's restroom line is always 3 times as long as the men's.

Before that, we went to the Christmas markets in the Old Town Square. 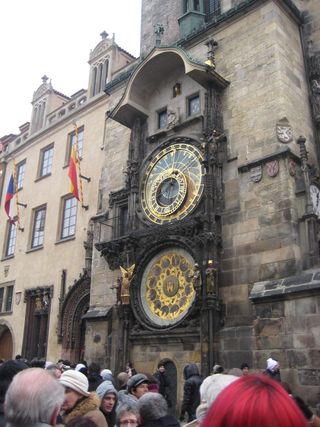 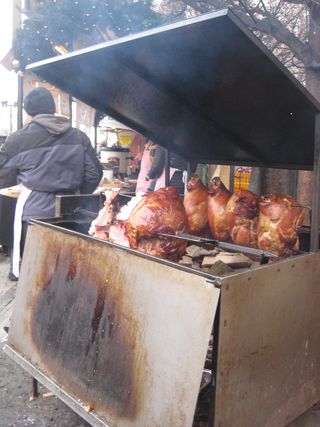 And this, the name of which has escaped me: 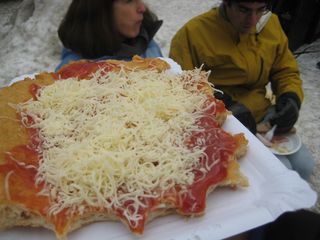 It's like an Elephant Ear covered with garlic sauce, ketchup (yes, really) and cheese. It's good - but far too much for one person to eat.

The kids climbed a chunk of ice while the adults wandered and ate: 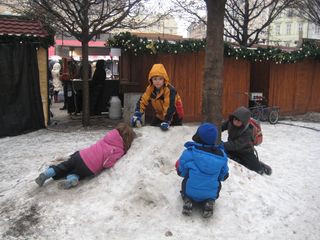 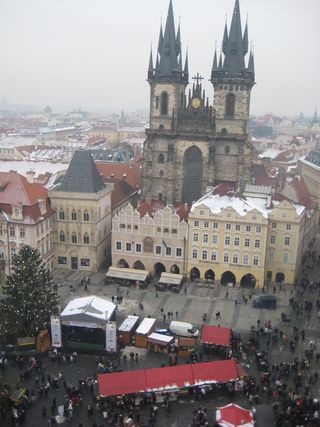 We climbed the astronomical clock tower and took some pictures of cool old stuff. 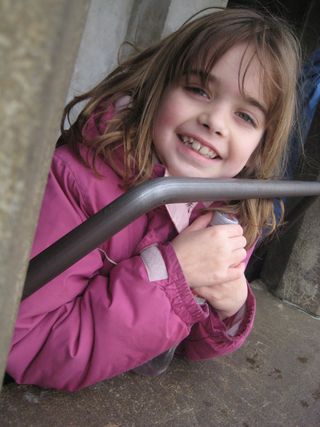 And some cool newer stuff. 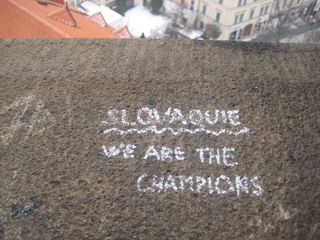 And a shout-out to Slovaquie, because humans can't resist leaving their mark. 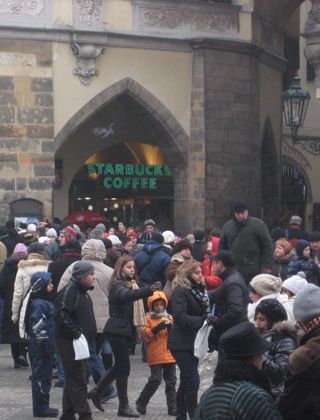 For all of the old, there's also new. Like Starbucks. 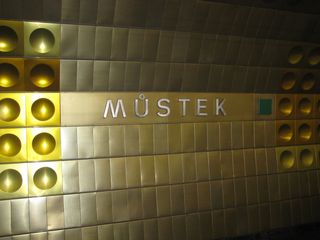 And subways. Which the kids are learning to ride like pros. 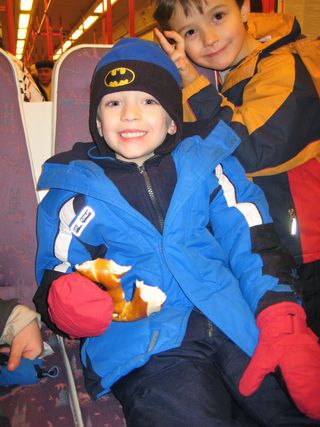 On New Year's Eve here, the locals set off unlicensed fireworks wherever they can. Right now, it sounds like we might be being shelled. Soon, I will be going to bed. While we've mostly adjusted to the time change, every so often, it feels like being hit in the head with a brick. This is one of those times.

One of my favorite places ever.

There's a little restaurant at one end of the footbridge that played Elvis music for me! Have a great time!

Did the soup have croutons and grated cheese? Halfway to Russian, I tell you. OK, you probably figured out the crouton part, but did you know they were bread croutons? I'm not sure what other kind of crouton there is, but I suppose there's no harm in being specific.

Only four cloves of garlic in a garlic soup recipe? Is that recipe for just one serving?

Yay! Sounds like such an amazing adventure. Want to hear all about it!

That recipe was provided to give an idea only. There were more than four cloves of garlic in my individual bowl. And Maddy wasn't with us at the pub - so the crouton issue was a non-starter. I thought they were yummy. There was also grated cheese.

We're having quite an adventure. Hope I'm not boring people with the posts. I'm writing it down as we go so I don't forget.