up with figs, she was a beauty in her youth 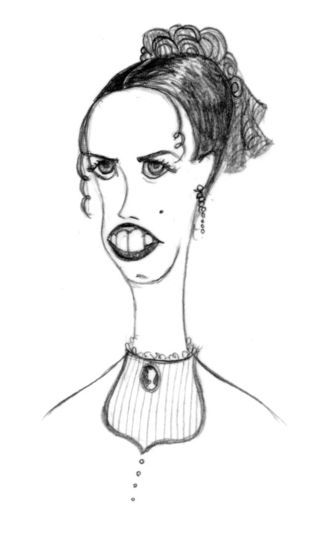 Much to the chagrin of Lady Featheringston-Wittengham, her cousin, the Viscountess of Puce, received an invitation to this weekend’s events up to and including the wedding itself. Because, thought the Lady, the royal invitationers failed to take into account the fabulosity of one’s anticipated headgear.

Lady F-W would not dare let slip how deeply green with envy she is, given that her longstanding feud with the Viscountess is more fierce than the pitched battle between the Queen Herself and Sarah Ferguson, that hussy.

Still, thought the Lady F-W, breeding will tell in the end. And like a papered and pedigreed Dartmoor Pony, no matter how glossy her coat or deep her withers, the teeth reveal how the specimen's genetic tree failed to fork.