up with figs, skeletor cat 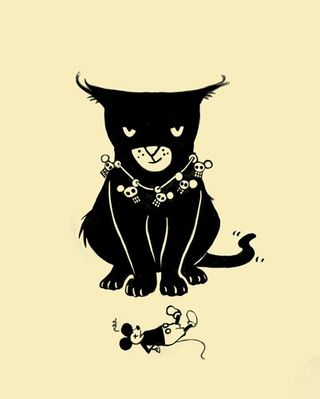 Signs that Spring has finally come to your small, northeastern college town:

The second bullet brought to mind: "Hey @$$hole, bring me a beer."

Gosh it's almost like you were right there in downtown Burlington (VT) with the UVM crew "enjoying" the last vestiges of the spring semester.

OK this one is one I would totally hang up as art on my wall, with the bullet point and everything.

I LOVE "snow boot hokey-pokey" we do it with wool sweaters, too. And when we get critter parts they're called "(left)overs" as in, Mama, there's bunny-overs on the doormat again!
I agree with anj, but would like it on a blank greeting card, please.

The boot and sheet hokey-pokey are performed here in WI as well. Am seriously thinking of moving southward. (Was Pgh this bad hokey-pokey-wise?)