up with figs, thoughts from a bookstore 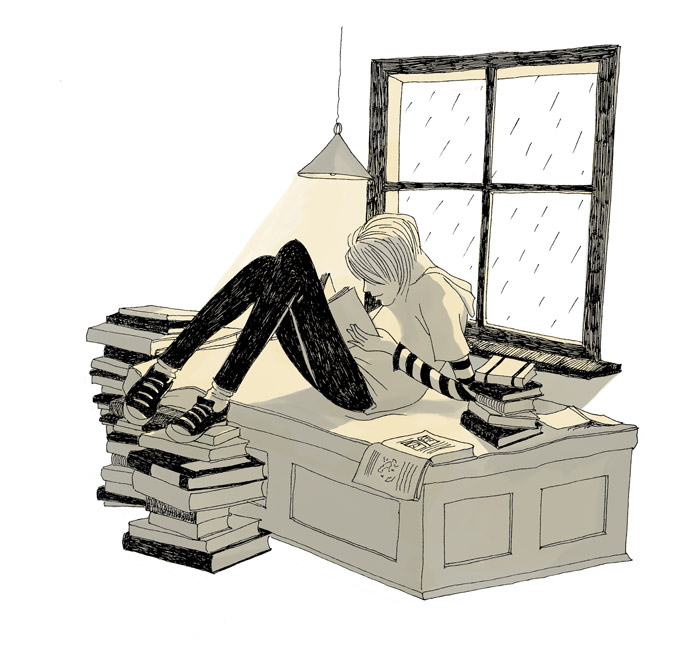 Thoughts from a bookstore on a wet, windy Sunday afternoon:
1. No one likes to go to a bookstore on a wet, windy afternoon, which is suprising. These are the sorts of afternoons built for bookstores, especially bookstore attached to a coffee shop. Still, it's lonely in here.
2. But I am not alone. There is a teenage in the kid's section who has plunked herself down with a stack of books and settled in. Which is fine, sorta. I get the impulse. Still, I be happier if she'd buy something. Because this is a bookstore.
3. On wet, windy afternoons, especially those where I slept in and can't quite focus all the way, like my brain is still wrapped in the low, gray clouds, don't lend themselves to poetry or wit. Also, this week has been long and soul-sucking, which lends itself not to fabulous prose but to quiet despair. All I have are disconnected observations that ache to connect, somehow, and fail.
4. Perhaps I should give up and eat my blueberry muffin. Or throw it at the teenager, who remains here and remains reading. When all else fails, loft a baked good. That could be my motto.
5. Not really.
Text ©Adrienne Martini; illustration ©Lisa Horstman. Until the end of time. Or something.

Sorry things have been down lately. I hope they pick up soon.

"when all else fails, loft a baked good."
quote of the week!

thanks for making my first week as a phd student that much lighter. i'm off to buy some baked goods for lofting.

Thanks, guys. And steven a. - be sure to use a stale baked good for lofting. They have better structural integrity.

this may be my favorite one yet. mainly because i was that girl, tucked in at the end of a row reading away (and because i miss having that opportunity while in a non-English language speaking country).