we were away, eh

We took a trip up to the Great White North en familia last week.*  As one does.

There's too much to capture, really. So, the highlights, in picture form with captions. 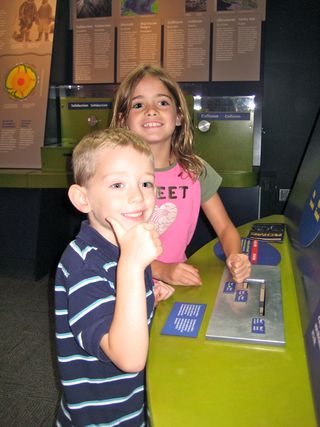 The Boy gave the Musée de la Civilisation the thumbs up. 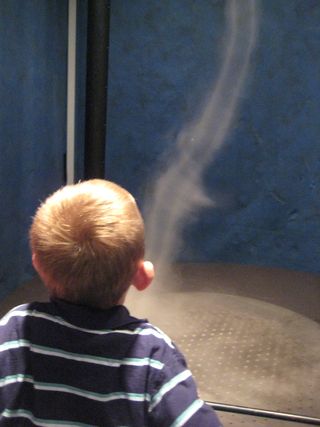 He got to play with a tornado. 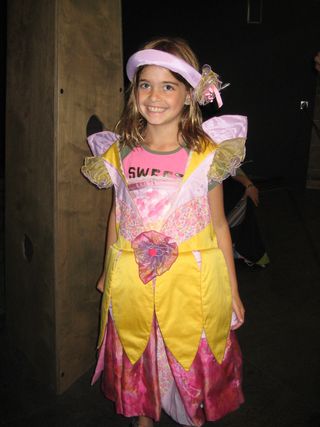 They have a dress-up storytelling section where the Diva got to be a fairy. The Boy shunned the costumes but dug the slides and gnomes. One little girl kept running up to both kids (and us) and telling us (excitedly and in French) how she saw the story going. I get the feeling we weren't fitting into her vision. C'est la vie. 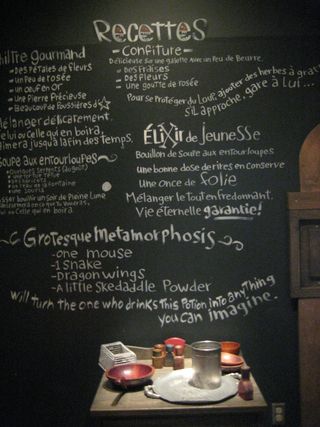 Part of the storytelling world. 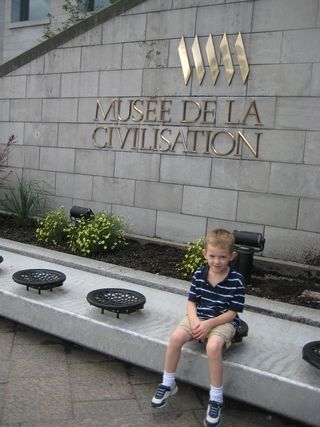 This particular Musée is now in my top three list of Musées ever.** The Featureless Saint described their approach as "theatrical but still informative." I concur. It was also here that I discovered that my talent for looking like I understand what you're saying and therefore encouraging you to talk more extends to French as well - even though my French is, at best, awful.

This part of Quebec is known for its falls. Like Montmorency. 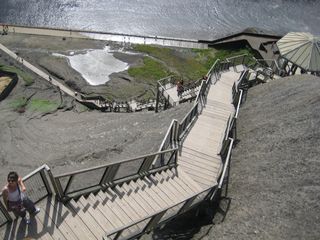 There's a cable car that runs up one side. We decided to take the stairs down. 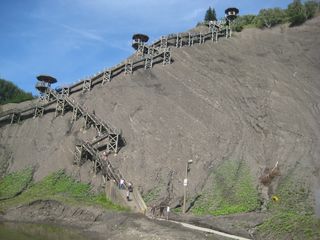 It's a lot of stairs. And reminds me of one of the ancient Myst worlds. 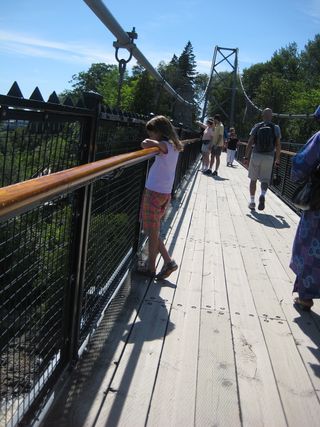 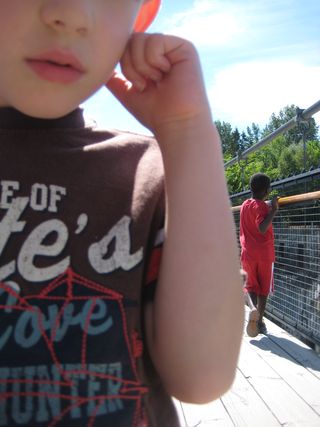 And a sticker, which amused me.

The next day we went to Canyon Ste-Anne, a more dynamic waterfall by far. 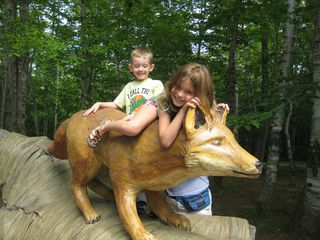 Plus, it had concrete animals. 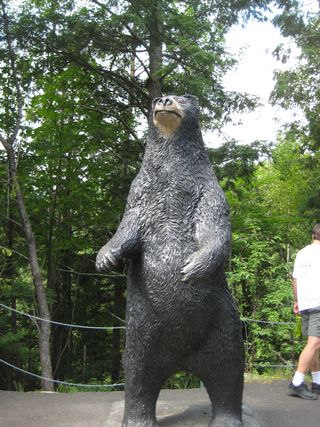 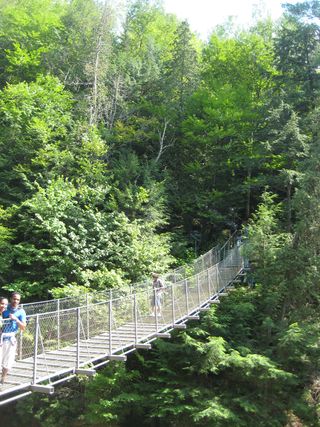 I'm generally not terrified by bridges**** - but the ones that crossed this particular canyon gave me a serious case of the heebies. So far to fall! So wobbly! So gappy! 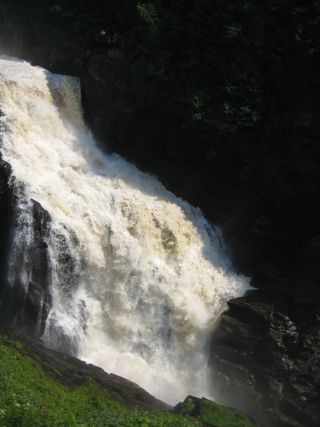 Still, it was damn scenic, if impossible to capture with my meagre photography skills. 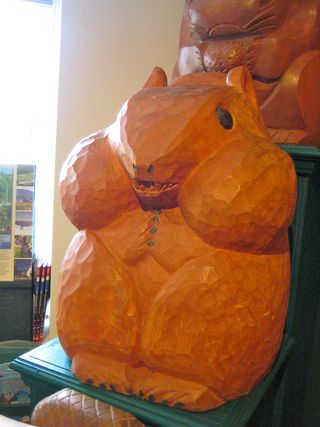 This part of Quebec also has a series of economusées, which are mini retail/educational experiences about a regional craft. This one was about wood carving. 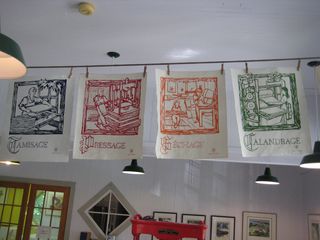 Paper, where I swooned. 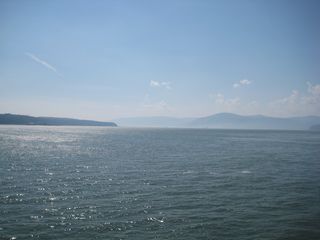 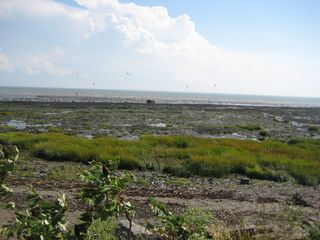 On the way back, we made what we thought would be a small****** detour. 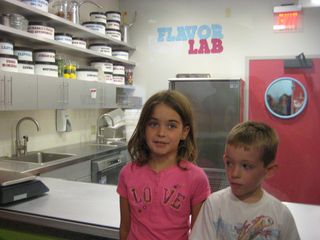 (They had a better time than this picture indicates. Plus, there was ice cream.)

On the whole, a lovely almost-week. I'm ready to stay put for a bit and should, since classes start for me on Wednesday. Which will be a different adventure.

** There were other exhibits, including one on Rome and on Gods, that weren't nearly as photo friendly. It's not just for kids.

**** That was the Laurent Bridge, which you can only get to by going down a step of 150+ steps. At the top of said steps, a helpful sign warns that no one with any health issues at all should even attempt to go down and back up. But if I can climb a Czech tower...