up with figs, dog days 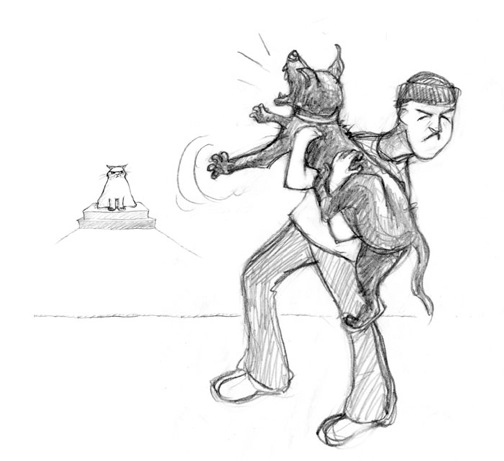 Every single damn time. Every time.

Every single damn morning, Hector barks his damn head off, like Satan himself is trying to jam a red hot coal in his right damn nostril. Every. Time.

No, I don’t know the definition of insanity.

But I do know there’s something messed up about that cat.