where was I and where are my pants?

Quickly. This weekend (as long as you consider Thursday - Sunday the weekend), we did this: 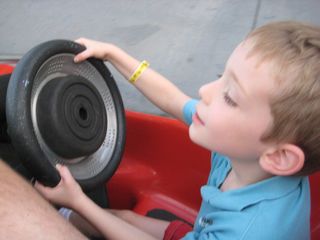 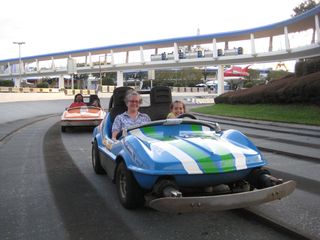 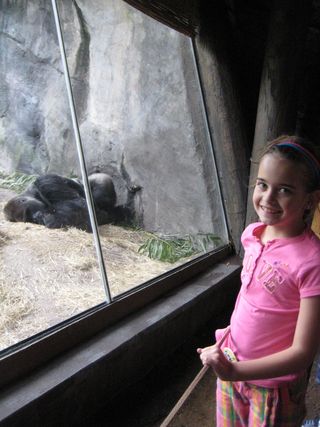 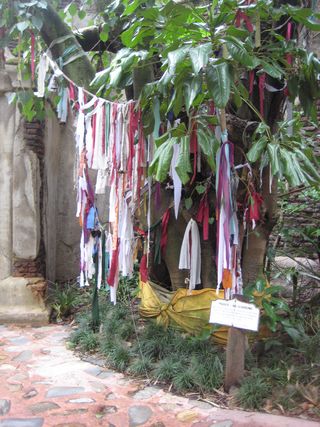 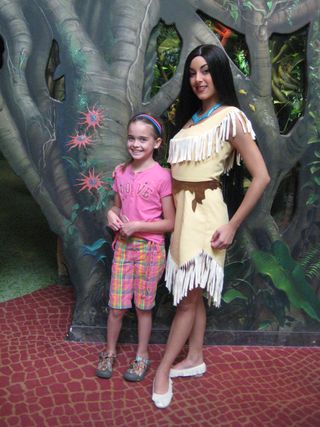 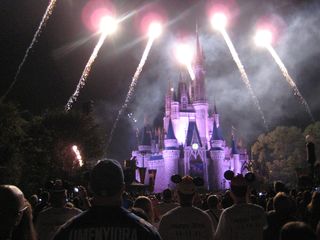 (To condense the story, which includes a number of weeks spend hemming and hawing over whether or not it was a good idea: Scott was at a conference last week in Orlando. I decided to pack up the kids and take 'em down for part of the week, despite our lack of money and time. Also, I might be insane.)

qotd, been there edition

"Essentially, he was talking about creating an army of child brainiacs, and there's no mother on Earth who can't look into the future and imagine what it would be like if all kids were smarter than all the parents. We've barely got the upper hand as it is - hell, there are days when I'm arguing with my daughters and I regret having taken pre-natal vitamins."

-- Stephanie Pearl-McPhee, All Wound Up

up with figs, halloween 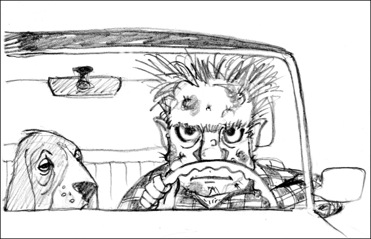 “That’s some interesting facial hair,” I thought as the guy driving the old pick-up truck made the left at the four-way light. “Kinda of a wolfman thing for Halloween.”

As the truck passed me, two thoughts went through my head almost simultaneously:

“His entire face looks like one of those new-fangled, mottled, warty pumpkins with little tufts of hair glued on.”

Which was followed quickly by,

Can you imagine? And how much must that hurt?

I mean, upside, you can make it work for you one day out of the year.

Really, though, everything else is downside.

* Generation X is sick of your bullshit. And as a card carrying member (if we could be arsed to make cards) of Gen X, I wholeheartedly concur.

* The Ballad of Diamond Jim (annotated).

* Scientists have the most fun.

* Take a nip with Steven.

* A cultural thought experiment. Worth reading for the Churchill quote alone.

* The title really says it all. Also, very funny.

The Diva has been all about cheerleading lately.* One of the local colleges had a cheer camp on Saturday. Kismet.

She cheered.** She danced. She got a sticker on her face. 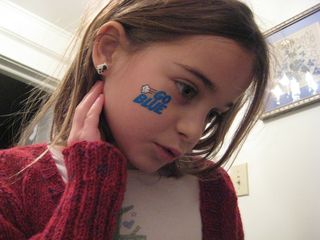 And now she can't wait to do it again next year.

Also, I managed to finish her sweater. 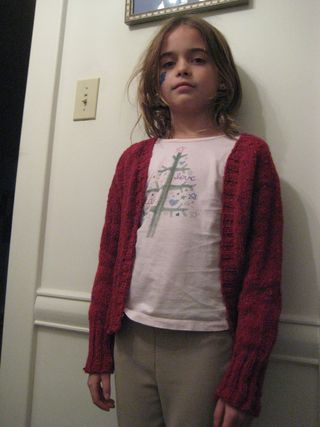 The picture doesn't quite convey how happy she was to have it and is more an indication of how tired she was after the previous day's cheerleading and that day's riding lesson.

From the back, which is the view of this sweater that I like best: 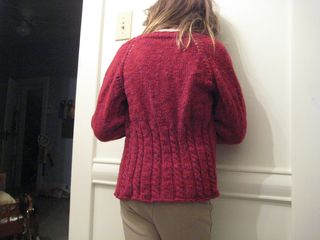 Once I get the button sewed on... 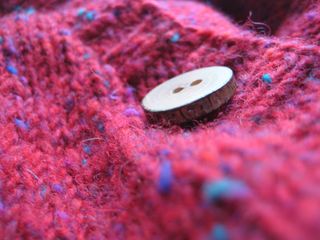 ... I will hand it off so that she can add it to her fashion rotation. 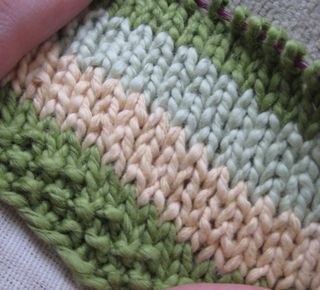 * I have no issues with cheeleading qua cheerleading. As one friend described it, it's just gymnastics with yelling. One of my favorite writing gigs was writng about a Knoxville cheer gym. I kinda have some issues with the social politics that cheerleaders can instigate, etc., but, seriously, it's always something when big groups of girls get together. I'm trying to not borrow tomorrow's troubles today, however.

** The cheering didn't do much good for the team, btw.

qotd, something I want to ask everyone I meet.

"Coe is 81 now, and had recently undergone angioplasty, but he did not seem infirm. He was dressed in khaki trousers, a polo shirt, and a sport coat. Sliding into a leather chair, he said, 'Tell me your story' - his standard opening with a stranger. Then, in a looping, elliptical narrative, he told me his."

-- from a story on Doug Coe and the C Streeet House that I ripped out of September 13, 2010's New Yorker without copying down the author and title info. Ooops. Still, I love the idea of doing this.

shameless self-promotion, 356 in a series

Shameless promo: my most recent column in the local almost-daily.  This one involves the clarinet.

Also in a promotional vein - can I tell you how happy it makes me that my book is both in this particular library and in such good company? Very happy indeed.

I’m not sure what you were going for with this but what you have managed to capture is my ideal day. The day I dream of, when I can stare out the window, fly paper airplanes, and flop over the back of a wing chair like a cat. If I were 8, mind, this would be the worst day ever. But at 40? I am all over that. Bring it on.

Hope you all are well,

* Let's say it again: moderation in all things.

* That's because women only care about babies and marriage. Duh.

* I've already printed this out and am ready to make it.

* Lemony Snicket on Occupy Wall Street. I am fond of #3.

Not sure I have much to report from the 'beck, really. 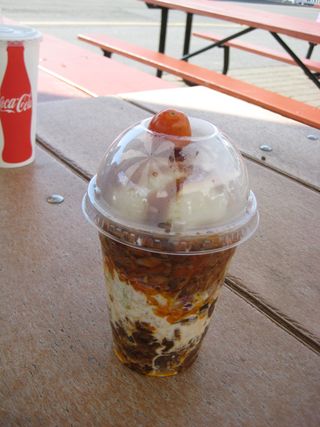 It's the cherry tomato that makes it OK. 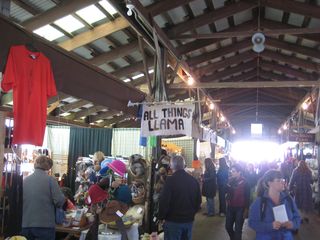 I saw all things llama. 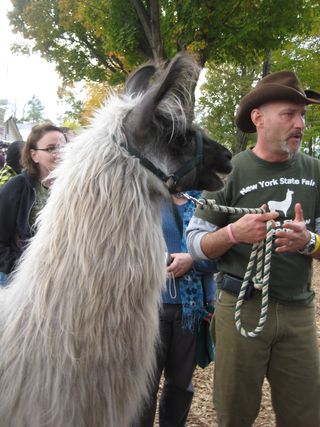 Including a, um, llama. 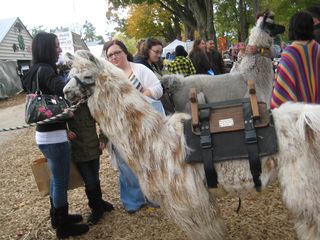 And another llama, this one with a wee little saddle. 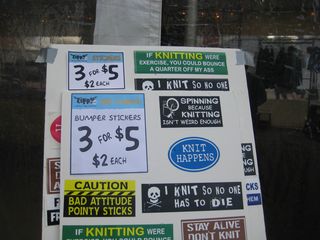 I pondered buying a bumper sticker.

I did, however, buy some yarn. 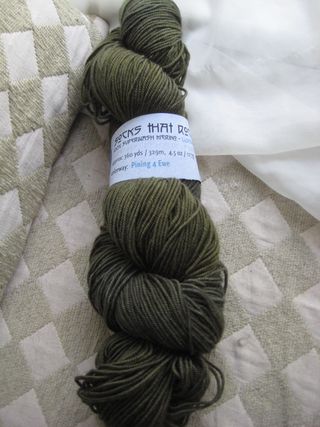 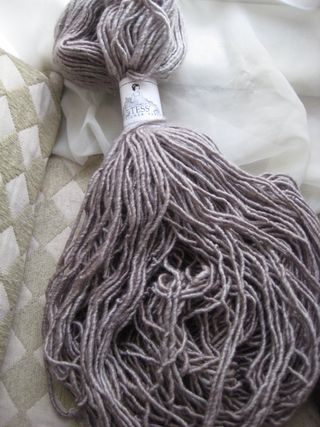 Cultured silk and Wool that I purchased because it is gorgeous (and Ann Shayne is a little bit of an enabler). You should feel how soft. Like a chincilla soft. Plus there is a depth of color that the photo fails to capture. I loves it. I could have gone craaaazy in the Tess Designer Yarns area. I'd never before experienced their work - and now want a vat of Kitten.

Now I need to catch up on all of the stuff I ignored while I was gone. *sigh*