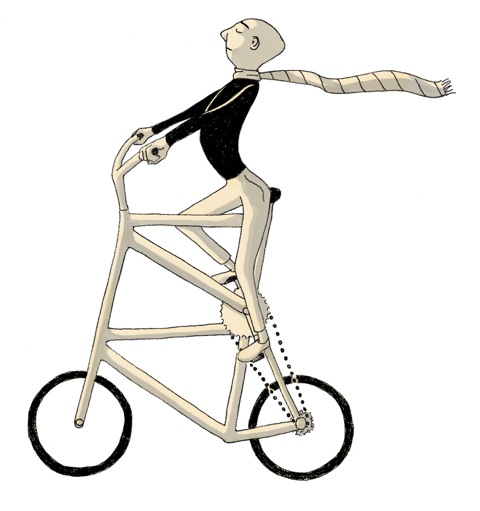 Jeremiah Ffafington-Ffawkes  does not care for your protests, your “occupations” of “streets.” He thinks not of the plight of the 99 percent. He does not worship at your altar of greed.

Instead, Jeremiah Ffafington-Ffawkes is above all of those proletarian concerns. He rides his majestic conveyance, his jaunty scarf wafting in the breeze he creates with the power of his own legs and gears. From his perch, the fuss and the rabble is reduced to nothing more than a dim hum and a faint odor of patchouli on the Autumnal breeze.