qotd, in honor of her passing

"... the wreck and not the story of the wreck

-- Adrienne Rich, "Diving in to the Wreck"

Given the bedlam of the past few days - quick update: Maddy is back in school, we seem to have won this battle but the war's outcome is still uncertain therefore we are constantly vigilant and interpret every last itch as a Bad Sign - I thought it time to start this: 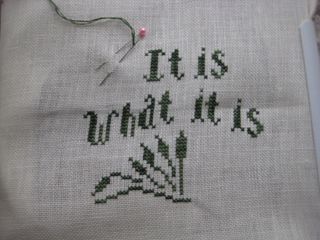 Supplies and pattern was purchased from the Strawberry Sampler. The floss is WDW Monkey Grass and the fabric is some sort of linen of unknown provenance. 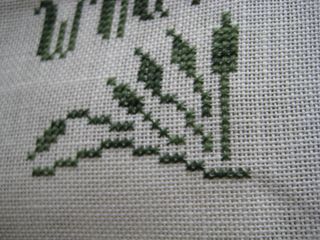 It's a quick stitch, which is exactly what I need right now.

(An aside: I would like patterns that pay more attention to typography and less attention to Jesus. I can't be the only one.)

Also, McGregor would like me to get all of my stitching crap off of his window seat so that he can lay down. Because he's simply exhausted. 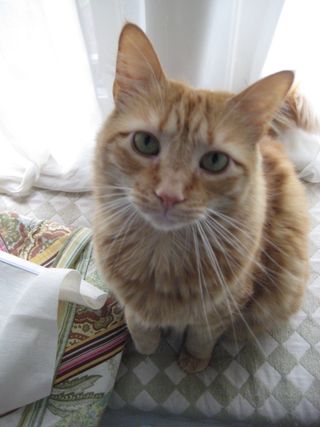 Through my magical powers, I have given you a restaurant. Because I'm cool like that.

What does your restaurant look like? Sound like? Smell like? What's on the menu? Write it all down as coherently as you can. For bonus fun, design a menu.

(And for extra bonus fun, send it to me.)

* Two of my favorite things together: Wil Wheaton and tabletop games. I squee.

* Fathers are not incompentent. Also, fathers buy diapers, too.

* Sadly, my beloved garlic soup didn't make the list. But I could put a serious hurt on some Svíčková na smetaně.

(FWIW - I am freaking out decidedly less today, which is good because I don't think I could have maintained that level of freak for much longer without hurting myself. We may be getting on top of the critters. Unless we aren't. Which is more likely. But, you know, maybe. (Also, like Lee pointed out, searching for nits is making me think I really need bifocals. So, um, hooray?))

I had a whole different post planned for today. Then Maddy became infested with head lice, my most hated and feared phrase. I just want to run around in cicles and screaming while simultaneously washing all of the things, including all of the living things, with bleach and scrubbing and ew. Instead, I've spent a remarkable - like hours and hours - amount of time going through her hair with a fine-toothed comb. And, yes, washing all of the things.

So, the pictures from the weekend, which were going to be a coherent narrative but frankly I'm tired and stressed and want to just burst into tears.

Although this picture makes me feel a little better: 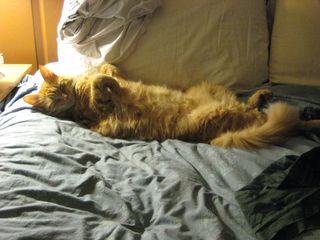 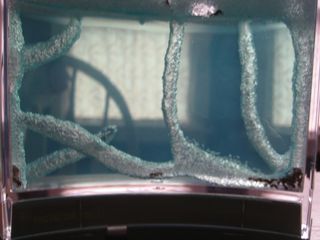 The ants are still contained, so there's a bonus.

We also went to Sugaring Off on Sunday and saw the new surprise baby lambs:

We also met the McGregor of sheep: 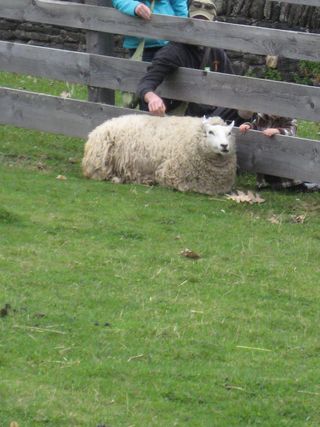 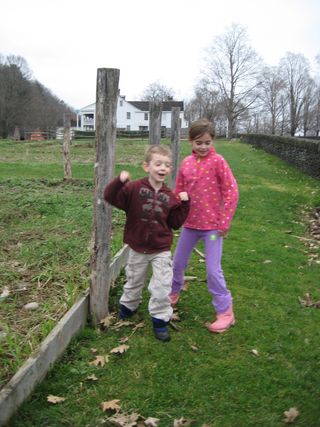 A fine time was had by all. Now back to the scrubbing and combing and general freaking out.

qotd, what is truth

"Jim: Oh Jesus. John, I'm all for postmodernism, and the varieties of interpretation that can shape how we approach the past, but I think it's also undeniable that there is actually an objective past made up of real actions and real statements from real people in the world, however clumsy or inaccurate we are at recording it or approximating it or making meaning out of it in our mental models. One of the purposes of history, other than interpreting and making meaning out of the past, is to figure out what in fact actually happened...I agree that we should be open to new interpretations of history, but just because you're open to new interpretations doesn't mean that all interpretations are valid."

-- The Lifespan of a Fact. John D'Agata and Jim Fingal. (Read more about it here. (Also: I found it really interesting but, admittedly, wanted to punch both of them right in the neck more than once. YMMV.)

(And, also, in light of the recent Mike Daisey/TAL tempest, two thoughts: 1) When I first heard the story, I thought Daisey was the luckiest man in the world for stumbling into all of those great sources in just a couple of days. That never happens that quickly, especially when you are dealing with language and culture differences. If conventionally reported (or, rather, reported rather than fabricated) finding all of those folks would have been the work of a couple of weeks at least. 2) When the writer won't provide the information you need to independently fact check the story, you spike the story. Period.)

I have a bad feeling about this

It's finally warm enough to break out one of the kids' Christmas gifts. 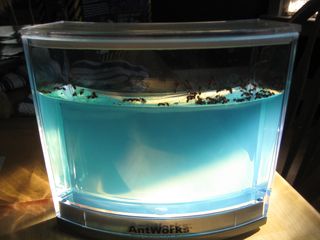 There's no possible way this could go horribly, horribly wrong. 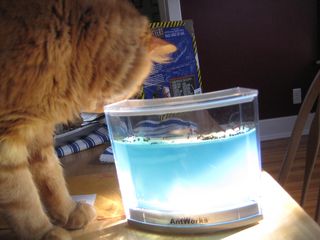 I should probably just call the exterminator now, yes?

Easy (for relative values of same) exercise for today: Tell me a story. It must have a beginning, middle, and end. Also, work in a talking animal.*

That is all. No pressure.

* This makes me laugh every dang time I see it.

* They changed the world - and so can you. Every kid should watch this. Every adult, too.

* This makes me happy.

* And this makes me sad.

* Arg. If only this were playing until May! Arg!

* My husband never gets asked this question.

* "Instead of equality at work and in the home, we settled for "choice", "flexibility" and an exciting array of badly paid part-time work to fit around childcare and chores. Instead of sexual liberation and reproductive freedom, we settled for mitigated rights to abortion and contraception that are constantly under attack, and a deeply misogynist culture that shames us if we're not sexually attractive, dismisses us if we are, and blames us if we are raped or assaulted, as one in five of us will be in our lifetime." Read the rest here.

I'm falling more and more in love with my Briar Rose roving every day. 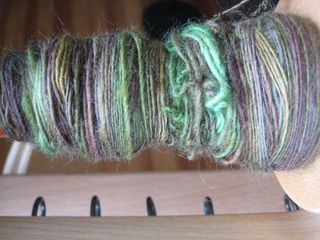 I love it so much that I have another whole bobbin full. 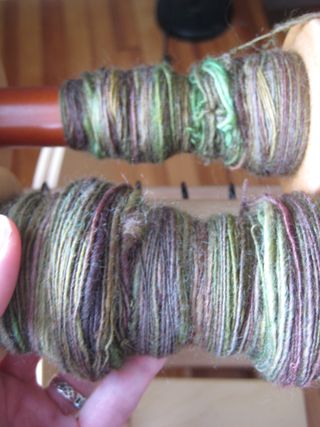 Yes, it's totally wobbly and uneven. I care not. I think it will all work out when I ply. Or, you know, not. But either way, I'm starting to really enjoy the process so I'm good.

I have discovered that McGregor is even sillier than previously imagined. My borrowed spinning wheel (thanks Ang!) is a Louet S10 DT . There is a circular cut out in the main wheel, which, when the light is right, flashes a spot of sun onto the floor in a regular pattern. The Greg cannot resist trying to kill the evil, evil brightness.

Speaking of, it appears we have once again survived the time of bitter cold and constant dark. I know this because of these: 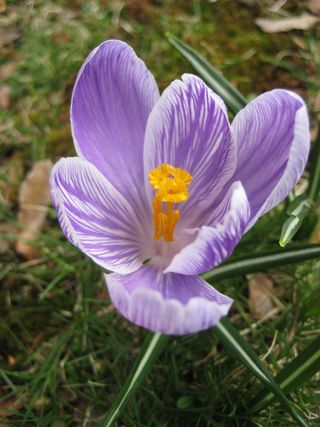 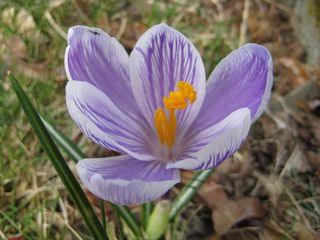 I also have some daffodils *thisclose* to blooming. Given that I know longer remember what sort I planted, it will be a complete surprise what pops out.