up with figs, melons 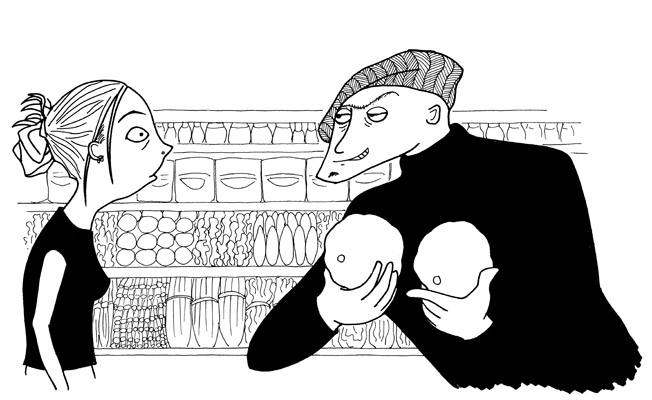 The Lothario of Smith Street trolled the produce section. The ladies love a man who knows his cabbage from his kohlrabi. Every afternoon, from 1 - 3, he hung out with the tomatoes, squeezed the lemons, smelled the berries. His vibe, he thought, was approachable. It said: let me woo.

The senior citizen ladies only wanted him to open up those flimsy plastic bags so that they could contain their green beans, their lettuces. The women with children snatched bags of apples from his hands. One young lady asked if there were more melons in the back. His answer was why the Lothario of Smith Street is no longer legally allowed to be in a five block radius of the Food Shopper.