Home Archives Profile Subscribe
up with figs (rerun), mug shot
qotd, in honor of the season

On Monday, I took a sewing class from the Scientific Seamstress, who lives just over the hill from me in Delhi. We made pajama pants.* Given that I'm a relatively new sewer (sewstress?), I decided to start small and scale up from there. 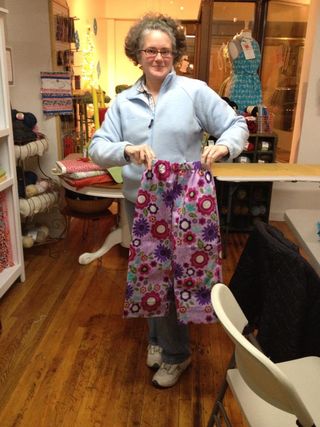 Snapped (and stolen from) Melany, owner (and all-around wonder) of Project Anthologies.**

Here they are on their intended: 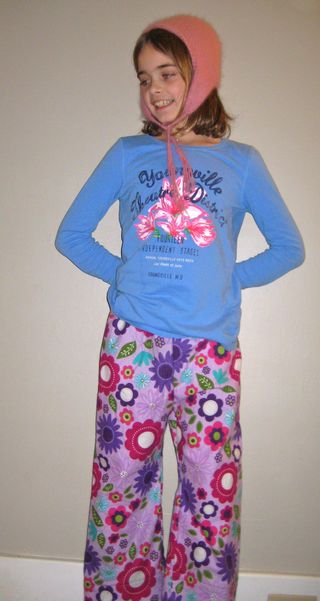 I made the hat, too. She's taken to wearing it as a nightcap. I don't know, either.

I'm wishing that I made the pants about an inch longer. Ah, well. Next time.

*which could theoretically be done in different fabric to make leaving-the-house type pants but I prefer my pants to have as much structure to them as is possible if other people will see me. So I stuck with the pajama idea.

We wear nightcaps in our house. It's all the rage.

Seamstress. That's what you are. Nifty!

Cute pants on a cute model

I say "sewist". Also, you could always add a cuff if they're a bit short? :) I'm sewing some right now!

Seamstress - but in the Ankh-Morpork parlance.

Whoops - I meant NOT in the AM parlance! Sorry if I offended.

Lesley - any AM reference is welcome!