sometimes, you just have to go

We spent all day Friday in the car with the kids on a drive from Oneonta to Richmond, Virginia,* which meant that we were in a complete news blackout during a time when there was actual and tragic news. I have little to add about all of it, not because it isn't worthy of note but because my feelings are such a muddle I can't articulate them. I would suggest, however, that you check out Making Light's thread, should you be so inclined.

We were in Richmond to celebrate a college friend's Douglas Adams birthday -- actually, that was the convenient excuse. Really, we simply hadn't seen them in far too long and it was as good a reason as any.

It is telling, perhaps, that this is my favorite photo from the weekend: 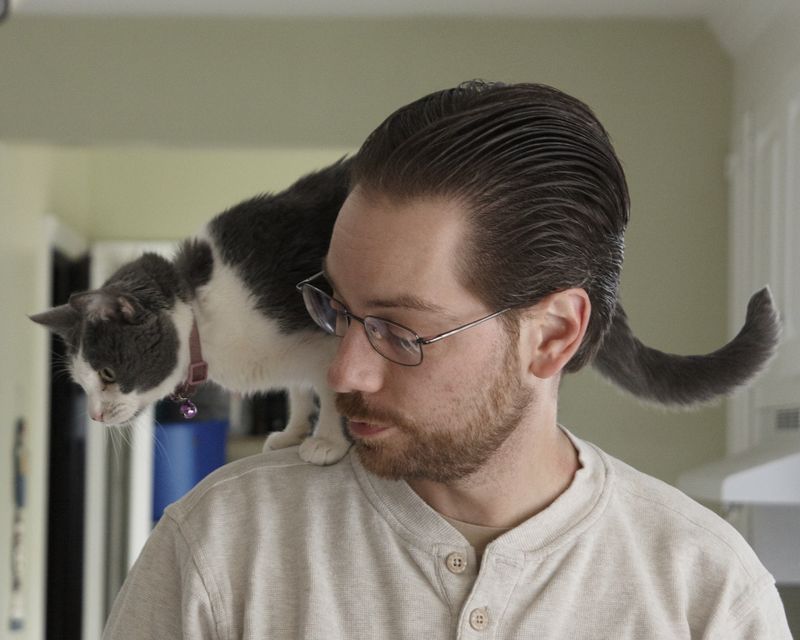 My husband, aka The Featureless Saint, communing with Feelie. Not sure why I love this picture so much but I do.

Fun was had. Kids played in the park. I went for a run, because runs in new places are always more fun than runs in the same boring old places. We went out for Mexican food and margaritas but were all asleep by 11 p.m. because we are old. It was a great weekend on that front.

The Boy amused himself with my iTouch during the drive back. This is what it looked like from the backseat: 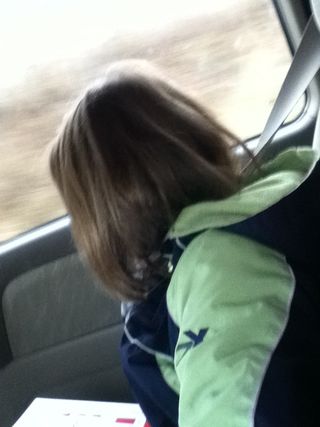 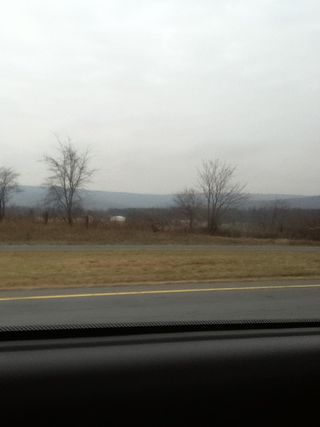 * which was a perfectly reasonable drive until we hit Frederick, Maryland,** and the traffic hell bubble that extends around D.C. How do people do that drive on a regular basis? I am so glad that my commute is all of two minutes and the biggest annoyance are suicidal wild turkeys.

** I did, however, have the foresight to pack Scott Miller's Thus Always to Tyrants so that I could play it when we crossed the border.

I have to share this with you, it's a video of my husband dancing with the cat on his shoulder.

It will make you smile. It's a hard day to smile, but this will do it. Joy lives.

Road trip sounds like fun. You trying to cram in all of your college friends into one holiday season?