Before I forget -- come to worldwide Knit in Public Day with me on June 8 in Princeton! Bring your own lawn chair! I let you touch The Sweater!

A year ago this week, we started a new adventure. 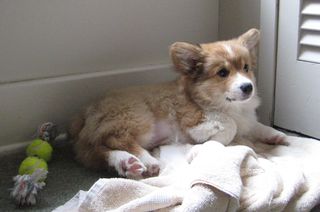 The whole dog thing was new to all of us. There have been bumps. At times, I've considered turning her into a lovely rug, if only to replace the one she's destroyed. 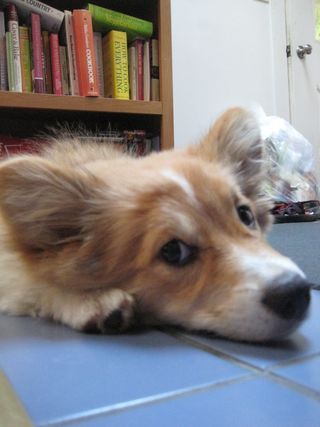 A couple of weeks ago, I finally found the time to read the Corgi book I'd bought a long time ago, which warned that female Corgis can be a little bossy and stubborn. To which a said, just a little?* 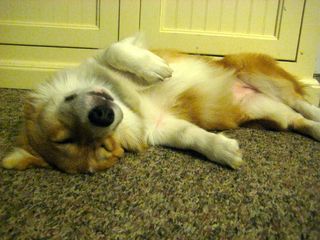 Still, she's turning into a pretty good dog, if one who can't be dissuaded from stealing socks and herding kids. I'm hoping she'll settle in even more after her second birthday. It's good to hope for things. 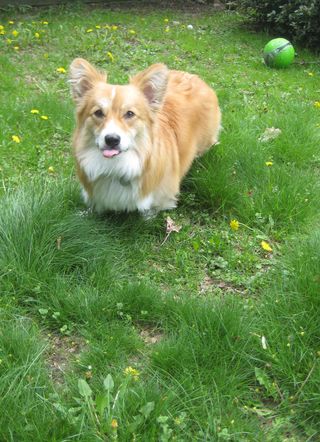 Despite it all, she's a boon companion. The cats,** however, disagree. 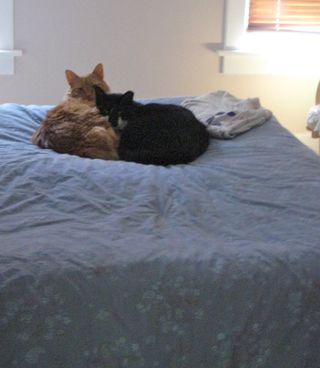 * I also pointed out that it appears that I'm raising the canine equivalent of myself.

** Our elderly kitty Trout is not in this picture. He seems to be suffering from some form of feline dementia and has given up on grooming, shakes his paw at the neighbors, and wanders around with his turn signal on. We love him, yes, but wish he'd stop treating the house as a litterbox. 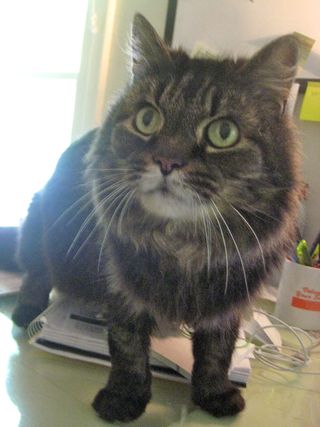 Uh oh, Trout, better watch out. That forgetting-being-housebroken thing is what gets human put into The Home. For cat there is no such Home. Just satin'....

I love reading about your dog (and cat) (and kids) adventures. Isn't it funny how we pick dogs who are like us in some way? I have a pair of Westies who were a year old on Tuesday--make of that what you will!