OPI’s New Nail Colors for Winter 2014, which has been unofficially dubbed “Winter of our Discontent” by the marketing department whose advance PR materials had to be filed just one day after learning that they were all about to be laid off (except for Harriet, of course, who is the boss’ niece and there only to maintain family harmony, despite the fact that she can barely speak English much less write a decent sentence and never even contributes to the coffee fund). 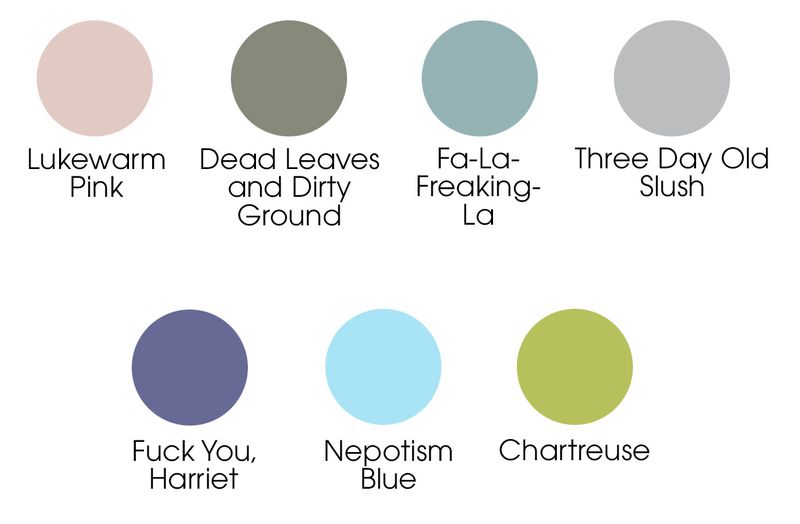 I would love a black T-shirt with just these color dots and captions.

The t-shirt needs the title Winter of our Discontent. And I'll take one for my sister.