up with figs, under the shed 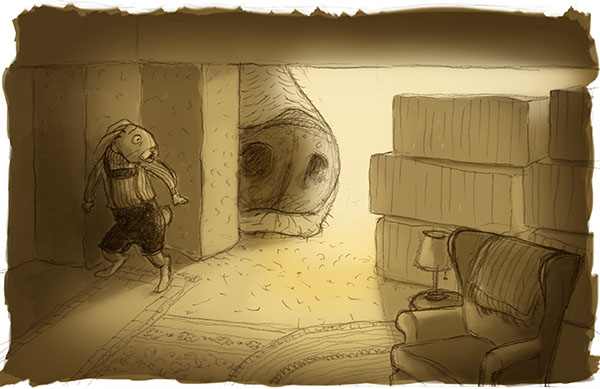 Mr. Hoppity Whiskers knew that great damp snout could only signify one thing: that Fluffy wanted to eat him all up should she get the chance.

But, really, Fluffy just wanted to curl up at the foot of his bunny-sized armchair on a cold, rainy Sunday while Mr Hoppity Whiskers drank a nice warm cup of tea.

Which says something about the difference between perception and reality -- but Mr Hoppity Whiskers was too busy shitting his lederhosen to enjoy the finer points of the metaphor.