we all have our strengths

One more big push and this academic year will be but a memory. Until that point, however, here are two pictures of the animals doing what they do best. 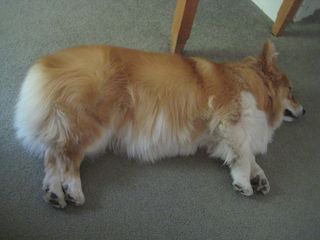 Lucy doesn't look quite so stubby when she sleeps. We're coming up on our year anniversary of Corginess -- but more on that later. 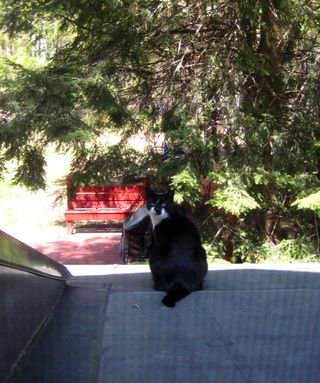 Since Spring has finally come to Upstate New York, Barney has taken up his roof perch for the duration. The pot of boiling oil that he'll tip on local fauna is out of the frame.

Classes end on Wednesday. I can not wait.