And, lo, I finished Blumchen, which I have been knitting on intermittently for, oh, two years.

But before the finished product shots, a few thoughts.

Thought the first: Anne Hanson's patterns are amazingly well-written and packaged. Would that she could organize the world.

Thought the second: The blocking class I took with Hanson changed the way I think about finishing. It really is just as important as the knitting itself. Not only did I wet block all of the pieces before I seamed them, I also steamed all of the seams after they were sewn. I even went so far as to borrow a dressmaker's ham to deal with the shoulders. Overkill? Maybe. But the seams are gorgeous. 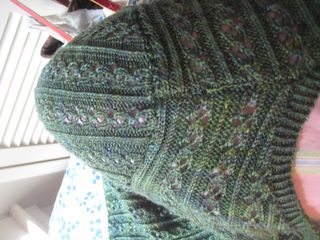 Thought the third: I might have a problem with buttons. 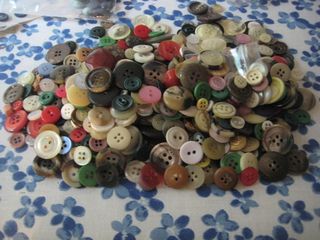 This is about half of the buttons I own. That's totally normal, right?

I pulled out a few that I thought might work. 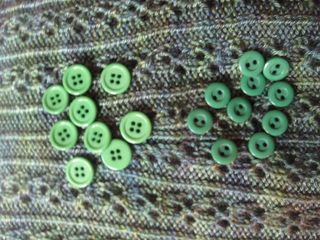 Then pulled out a few more. 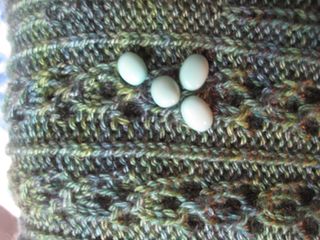 Then found something that looked suspiciously like a lentil. 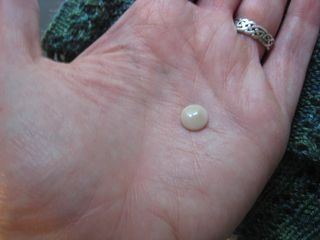 It then dawned on me that I should see which buttons actually fit through the buttonholes. Et voila. My choice was made. I'm still not 100 percent behind what I've gone with but know that buttons, like so much of life, are impermanent.

Thought the fourth: I'm really pleased with how my Blumchen turned out. 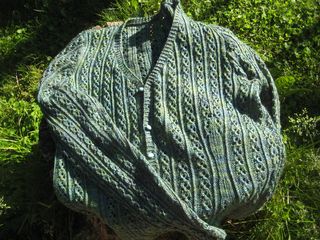 The yarn is divine. The color is perfect, thanks to Chris from Briar Rose Fiber. I really took my time with knitting this and it shows.

(Warning: This next photo is not at all flattering. It is included to prove a point. When you speak of it, be kind.) 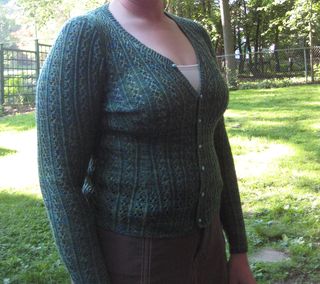 It's a little ... snug. Totally my fault, mind. I shall now look for someone who is smaller than I and who looks good in greeny-blue. Anyone?

Thought the sixth: It's a bummer, yes. But I did really learn a lot this time around. And my next sweater, which I'm about to cast on for, is totally going to be the one.

Well I think you look lovely. And the color is fantastic.. and the pattern is easily changeable for the next time you sound like you are going to make it.

That does not look like a problematic number of buttons. My grandmother, had a wooden chest for her buttons, hinged top and two drawers. By my memory, about 12 x 15 x 9. God, I loved playing with them. Then again, she was a professional seamstress for years.

One of my favorite toys as a child was the button box, a Whitman's Sampler box about half full of buttons. Perfect! Your button stash looks like a decent beginning. Remember: you may have grandchildren someday who will want to play with the button box. Do it for the grandchildren!

I'm glad you chose the canellini Tic-Tac buttons. And I'm sure it *feels* more snug than it looks, but I can see how you might not have much leeway to move your arms. If it hasn't found a home by August, throw it in a suitcase and I'll give it a whirl.

You call that a lot of buttons? I inherited button boxes from 2 grandmas. I made a bunch of Christmas ornaments with them (at 70 buttons per) and it barely made a dent. At this point, I may need to sew them all to a piece of fabric and call them wall art.

I think it looks great -- this may be one of those "none of us likes how we look" things, perhaps? But learning from the making is very satisfying, too, and if you're not going to wear it, better it should find another home.

The cables on the Chimera are something else! Wow. Have fun with that!

I just keep looking at the hugeness of my right arm. I think I look great compared to a year ago -- but am always just a smidge disappointed that I don't look like Heidi Klum.

And, nerak, it''ll be coming your way, I suspect.