up with figs, traffic 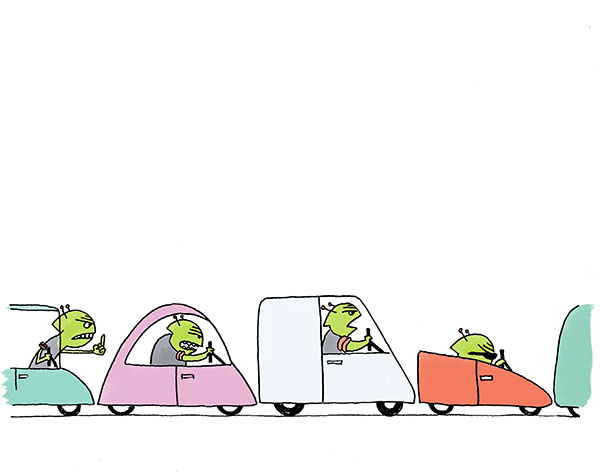 Humans - well, those who think about such things - always envision aliens as somehow more enlightened than humanity, as if those on other planets (if they do exist) have solved all of the problems that humans keep inflicting upon themselves, like climate change and processed food and rush hour traffic. Seriously what are the odds? I take comfort in the thought that they are just as screwed up as we are, if, perhaps, about different things. Maybe their big potentially species ending hassle is about something we could never dream of, locked as we are on this Earth.