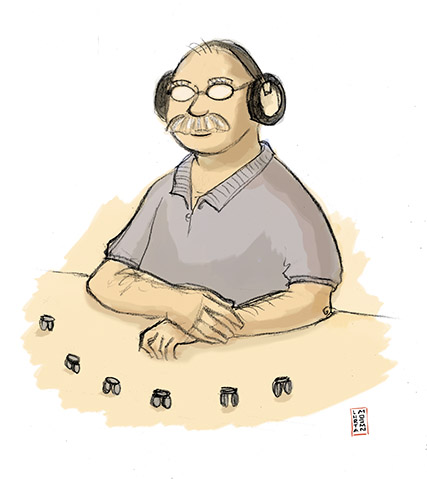 Every couple of months, the kids spend some time with their grandparents up in the big city. We meet at a small town McDonalds that is almost exactly halfway between here and there. It’s in the pro-fracking part of the state and the many TVs in the place are always on FOX.

Except today. But that’s not really the most interesting part of today’s drop-off.

There was an old guy parked at one of the tables. He was wearing old school hi-fi headphones and working on the New York Times crossword. Yes, in pen. Again, though, not the most interesting bit.

On the table in front of him were coins - mostly nickels but a couple of pennies, too - balanced on their edges with another coin flat on top, like some freaky change stonehenge. Which just goes to show you that wonder lurks everywhere or some such happy aphorism. Or that there is something truly weird with the gravity in that particular bit of the planet. Either could be true.

Fox and fracking, oh my.