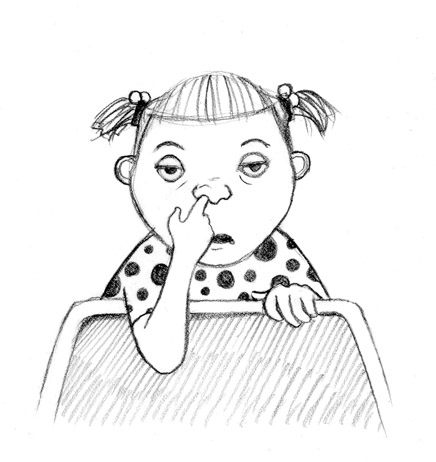 It took several Earth decades but the aliens from planet Xarcon-5 finally figured out the perfect disguise. Most of the target human population studiously ignored Sqetzel when he was wearing his avatar. He -- well, he-ish if you want to be accurate -- could observe his subjects his optical buds’ content. Once the designers put his note-taking stylus and key pad in the faux sinus cavity -- it had been down the back of his avatar’s pants but the looks of disgust from his subjects skewed the data -- Sqetzel’s research capacity soared, winning him the coveted Global Research Medallion three years running. Sadly, Sqetzel is out of the running this year after the incident with the overzealous hand sanitizer on the cross-town route.

* What's under your skirt?

* I do believe this guy, mostly because our corgi's emergency recall sound is one of us yelling "Helllllllo" like the Queen of England. We didn't train this. We discovered it by accident. Weird, stubby dogs.

* How many stories can you find in these?

* My frequent co-conspirator Lisa's Dad just passed. She wrote this about him and it is lovely.

* One of my favorite student evaluations remains, "Needs to be taller and have longer hair."

* Also related -- and I had no idea that the problem was this bad.

* I did, however, know how bad it was for women who dare criticise certain things.

* #5 is something I can imagine our letter carrier doing.

* How to spot bad science.

shameless self-promotion, 393 in a series

From the local almost daily: At least she's listening.

“It's funny: I always imagined when I was a kid that adults had some kind of inner toolbox full of shiny tools: the saw of discernment, the hammer of wisdom, the sandpaper of patience. But then when I grew up I found that life handed you these rusty bent old tools - friendships, prayer, conscience, honesty - and said 'do the best you can with these, they will have to do'. And mostly, against all odds, they do.”

And this week's Martini Friday is live at another mother runner. In this one, I talk about my thighs and look like Grumpy Cat.

I've been dreaming about my grandmother lately.* The last one had me attempting to cook Thanksgiving dinner at her house, which is something that would never ever have happened because I would be terrified of making a mess. In the dream, I needed a saucepan to make gravy in, which I couldn't find no matter how many cabinets I opened. And, in dream logic, there were a lot more cabinets than could ever have existed in that kitchen and it was really starting to tick me off.

So I went downstairs to ask where a pan was -- and there was my grandmother sitting in her chair. She looked well. And my grandfather was in his chair, too, also looking well. The Steelers were on the TV. I never did ask about saucepans, simply because my awake brain reminded my dream brain that they both were dead. Still, it was nice to be in that kitchen for a little bit and to see both of them.

Which is why I made Italian Easter Pie last weekend.

My Dad had mentioned it the last time he visited, which would have been Thanksgiving. I have vague memories of eating it. I don't know that it was made by my actual grandmother, though, because it just doesn't seem like something she would have willingly cooked. My great-grandmother made the ones my Dad remembers. It could have been an aunt or cousin who made the ones I've eaten. Memory is fickle.

Anyhoo - I made a version of the pie, which was a two-day process. Not at difficult process, mind, just a lot  of steps with resting in between. 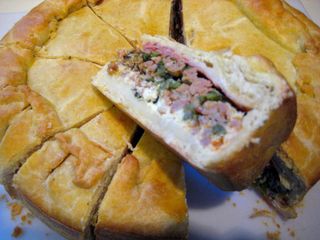 The inside. There are layers of provolone, ricotta, hot sausage, broccolini (which I had to sub for broccoli rabe), hot capicola, and more provolone. Pretty tasty, if I do say so myself.

And as one does when one makes a dense cheesy and meaty pie, one invites over any who likes to eat. We had a fine Easter. I'm not sure my grandmother would have approved -- I made one heck of a mess in the kitchen -- but it made me happy nonetheless.

* For more about my grandmother (with bonus great-grandmother), click here.

* If you are reading this, it means that Typepad, my blog's platform, has finally shaken off the DDoS attack and is again among the living. If not, well, then, this has all gotten very meta now hasn't it.

* A minute with John Oliver.

* How Americans die. Also a fabulous example of how you can use online media to tell the story.

* While I love 99 Percent Invisible generally, I love this story specifically.

* What the First Amendment is.

* I'm honestly not sure how I feel about her argument.

"When I walk into the kitchen today, I am not alone. Whether we know it or not, none of us is. We bring fathers and mothers and kitchen tables, and every meal we have ever eaten. Food is never just food. It's also a way of getting at something else: who we are, who we have been, and who we want to be."

-- Molly Wizenberg (aka Orangette) in A Homemade Life.

Also: Another Mother Runner's Martini Friday is live. This one involves amphibians.

One of the best things about living in a small town is the newspaper, whose classified section is a rich mine of material. Like this bit, from today's Daily Star: 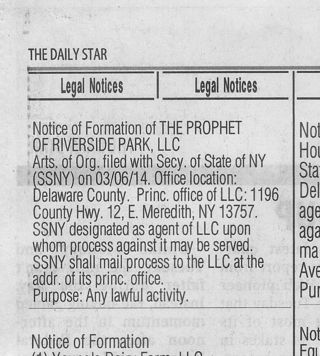 If curiosity about this doesn't drive you almost to distraction, then I'm not sure we can be friends.

(And an aside: do you know anything about this, Ellen Kushner?) 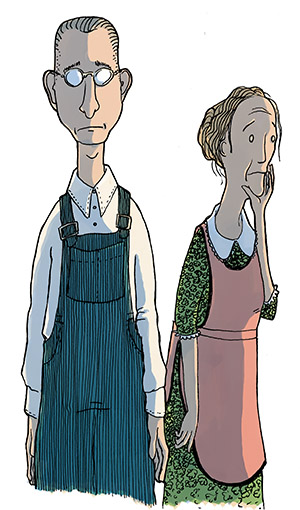 It’s like this, Ida. The creek’s always going to rise. That’s what creeks do. Then they fall again. And rise again. It’s one of them, whatchacallit? Cycles of life, the rising and the falling. Might as well try to stop the sun from setting. Or rising, really. Same thing under a different name. Sun’s always rising somewhere when it falls here. That’s just the hazard of living near creeks. Sometimes you live in them.

Having said that, Ida, I would suggest you go get your rubber boots and the Wet-Vac. It’s going to be a long night.

* It's not mental illness; it's anger.

* I have been mainlining episodes of the Great British Bake-off and have a brain crush on Sue Perkins.

* You really shouldn't be afraid of Ebola.

* Hell of a Relish was my favorite condiment. I used to bribe people to send jars from Texas to me wherever we lived. Sadly, the company is out of business and my relish is no more. But can I make it?

* Wrong but so very funny.

* Always give the complicated jobs to a theater person.