"Anyway, from what I've been able to work out, if you're going to claim that you know something, then it should be provable, otherwise how do you know you know it? Just being surrounded by lots of people who agree with you doesn't prove anything. (Well, it might prove quite a lot of things, actually, but not what you think it does, and quite likely not stuff you're going to be comfortable with, either.)"

-- Iain Banks, The Quarry, which is not his best book but is his last book, given that cancer is a right bastard. He is still missed.

Still working on the Top Sekrit project. Here's where it stands: 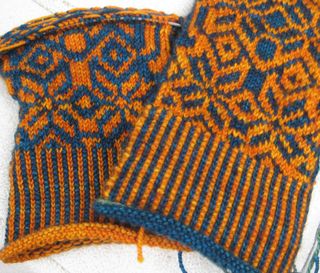 Yes, they are fraternal rather than identical twins.

shameless self-promotion, 396 in a series

* From the local almost daily: I wouldn't go back.

* What pregnant women want. I do love a good data story.

* And speaking of data. Only 17 percent.

* The story your refrigerator tells.

* Just wait until the beauty industry hears about this.

* What your dog is doing.

* Becoming a UU Army Chaplain. Day One: It's not summer camp.

* On chainmail bikinis and geek girls.

* Wow. Those are terrible.

"So, Debussy. "Moonshine." It starts off slowly, and you lift with the current, this sort of warm levitating feeling. Then it picks up, cresting to a victorious apex, but it's a curious kind of victory, for even as it approaches fulfillment, each triumphant note is undercut by evanescence, a hint of loss that is contrary to the apparent trajectory of the song, and at the same time its true destination. The eventual collapse of the idea of escape is the real heart of the tune, even as we float joyfully on its evasions. It contained both failure and reward at the same time, and it was okay."

-- Colson Whitehead, The Noble Hustle: Poker, Beef Jerky, and Death. (FWIW - I spent the bulk of the book alternately wanting to shake Whitehead and marveling at his words. Which was part of the point, I think.)

Also! Martini Friday is back, baby.

My general approach to basic sock knitting is to not worry about how long any given sock takes me, because it's the knitting I pick up to pass the time in otherwise tedious situations. This pair might have taken a year or so, which means I managed to keep myself out of tedious situations, mostly, which is a win no matter how you look at it. 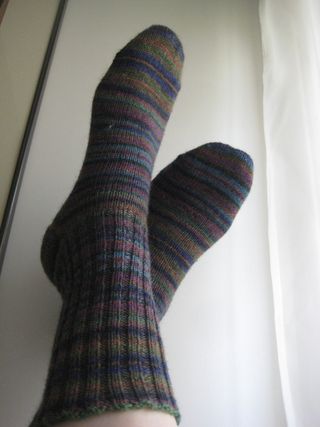 If memory serves, which is a total crapshoot because the ball band has gone on walkabout, this is one of the Kaffe Fassett sock yarns. Maybe anthracite? Or not?

They are already in the sock drawer, ready for the winter. Because in Upstate New York, winter is always coming.

No Figs today, mostly because I managed to dump a bunch of pictures off of my camera and now have a backlog of them. Like this one, taken this weekend at the Tween's horse show: 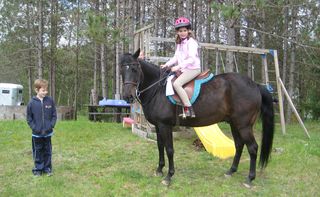 Her noble steed is Sinatra a.k.a. Frankie. The Boy is dubious. 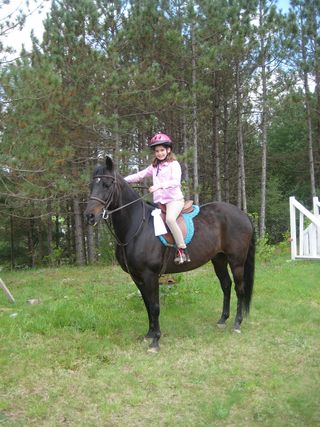 The Tween did well enough and the show was fun, as usual. It was extra chilly this year, though. I'm still not sure I've warmed back up again.

* We didn't live far from here when we lived in Knoxville. Science isn't pretty -- but so needed.

* Speaking of -- another foot.

* My children have resembled these.

* The charm of elephant seals.

* Science isn't pretty -- and it can be hard to figure out what you've figured out.

* Signs made better by people.

* A good use for potholes.

shameless self-promotion, 395 in a series

Last week, I had the privilege of talking with the mother runners themselves. And it was recorded! So if you've ever wondered what I sound like, the podcast is here.

(Those of you who know what I sound like will likely not be surprised. Still. If you're interested in running and/or the number of times I can mispronounce "Sagal," give a listen.)

(Oh - and, re: the Danny DeVito reference -- I always make that joke hoping someone will connect "Martini" and his character from One Flew Over the Cuckoo's Nest. It's a big ask, I know, but someday it's bound to happen.)

(And, and, the husband was watching Blazing Saddles yesterday because the couch's gravity had trapped him. This is never not funny. Madeline Kahn might be my spirit animal. (And, no, this has nothing to do with the podcast. Just thought I'd mention it. (And, yes, I am feeling parenthetical today.)))

-- full quote is here, and includes pictures of the mighty Tilly.