-- Gail Collins on the mid-term elections.

from the local almost daily 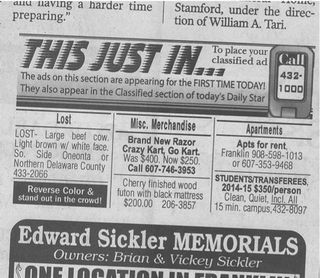 How do you lose a cow?

The place to starting looking might be in your neighbors' freezers. Just sayin'...

up with figs, put a wig on it 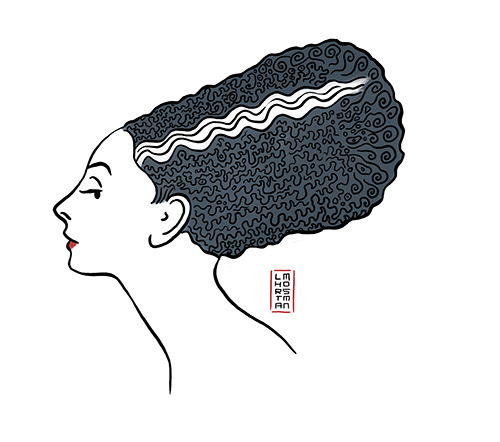 Times, Nita mused, always change. Stuff you love dies. Stuff you hate thrives. And sometimes it works the other way 'round. Circle of life.

But no matter what life hands you, you always need a good wig. A wig with character. A wig with stamina. A wig that makes you feel like a movie star or a captain of industry. Nita knows that a wig can make you feel whole again, if only for a night.

* For the Bujold people.

* Jerks. Just jerks all the way down.

* Eventually, I will manage to read all of this. Until then, what I've read has been fascinating.

* I'm glad I'm not the only one who has wondered.

* Let me again state my love for hotel rooms.

* Taking a joke too far? Or just far enough?

This weekend, we made a quicky trip up to the ROC for a memorial service for the Husband's step-father. He'd passed away this summer.

It was a lovely memorial, with a lot of great singing and heartfelt stories, which he likely would have enjoyed. What I'll remember most, however, is the road trip with both kids, who are of an age to be mostly enjoyable on road trips. 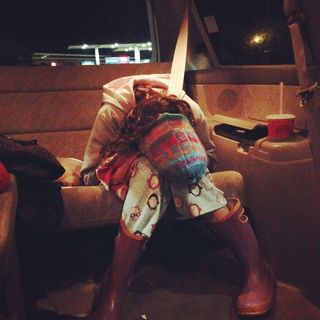 We made it in late-ish on Friday. The Tween had been awfully quiet. My neck hurts just looking at her. 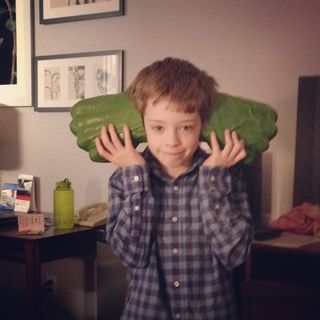 Mr Hulk Hands did not look forward to having to sit still during the memorial. I might have let him know that if he didn't behave, nothing fun would happen until he was 30. Don't judge. 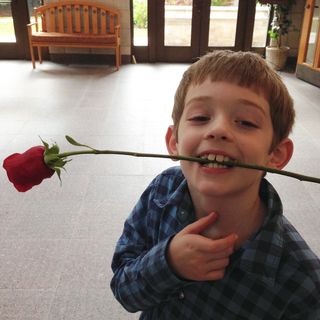 And after the service, the Flamenco! 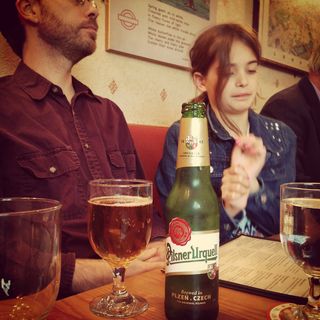 And after after the service, drinks and snacks at The Old Toad, which is about as close as you can get to a British Pub while still in the states. This includes, of course, largely indifferent service and expertly fried proteins. The Tween was doing a little dance because she'd just Rickrolled her brother. 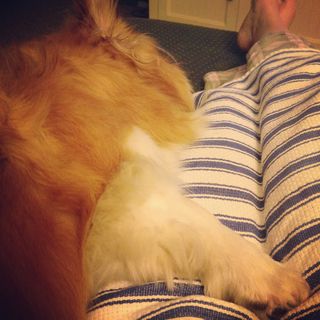 Then a long drive back home, where the stumpy dog let us know we were missed.

shameless self-promotion, 398 in a series

"There is no quote of the day, today."

But there is a race wrap-up over at Another Mother Runner.

Have an awesome weekend, y'all!

Late, late, late on Monday, the Tween made it back from her adventure in Peru. We have managed in ther intervening days to do her laundry. Pictures are still on her camera, though, and will have to wait until the weekend to really sort through.

Until then, what we know: 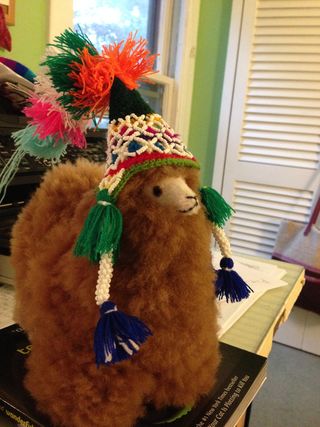 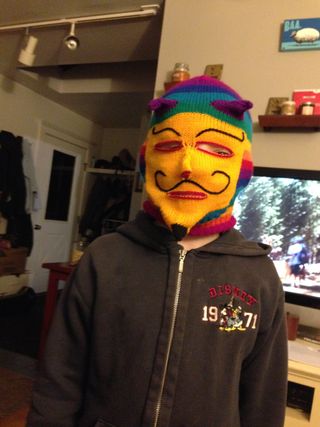 It's always best to give your brother a gift that covers his entire face and, incidentally, unnerves the rest of us.

I didn't take a picture of the (now dead) beetle that hitched a ride in her luggage. Take it as read.

The stories we've heard so far involve a giant roach "as big as my hand!" that wanted to play Monopolio* with them one night, being licked by a rescued tapir, and how all of the Peruvian men hit on the female college students in the group. More stories, I'm sure, will spill out once we get the chance to look at her photos together.

* the Spanish knock-off of Monopoly.

up with figs, bird lady of knoxville 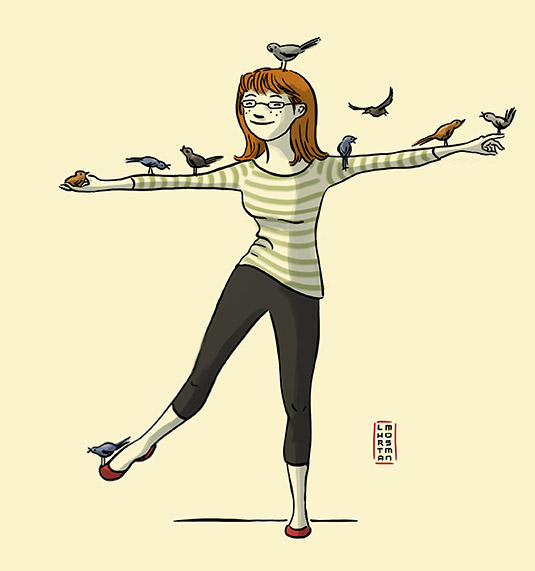 It started a few months ago, first with one little birdie. He (or she, it’s hard to tell with birds) landed on my hand when I pointed to the hole in our backyard where I found the buried plastic saint. At first I figured that one of our house’s previous owners was a firm believer in the whole St. Joseph can sell your house thing. But then there were more birds. And more. And I took a closer look. Whomever had buried the plastic saint either a) grabbed St. Francis rather than St. Joseph or b) was trying to lift her own bird curse by giving a St. Francis icon a dirt nap.

Whichever, however, matters not. All I want right now is to get all of these dang little birdies to fly away home before my dry cleaning bill equals the GNP of several small nations.

* I love everything about this.

* A nuanced essay on a complicated problem.

* You will have to pry my Fiesta from my cold dead hands.

* Every kid can be a princess.

* I might have to get this book for myself.

and then there was running 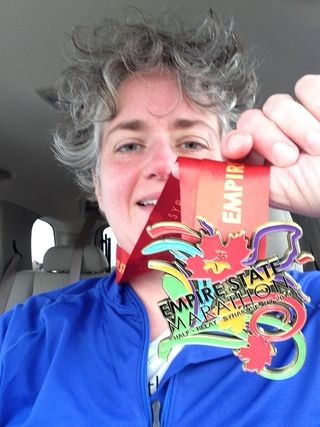 Full details will come on Friday but, today, I shall stiffly and sorely do my best to get on top of all of the other stuff that happened while I was off scampering 13.1 miles around parts of Onondaga Lake...