up with figs, sluggo 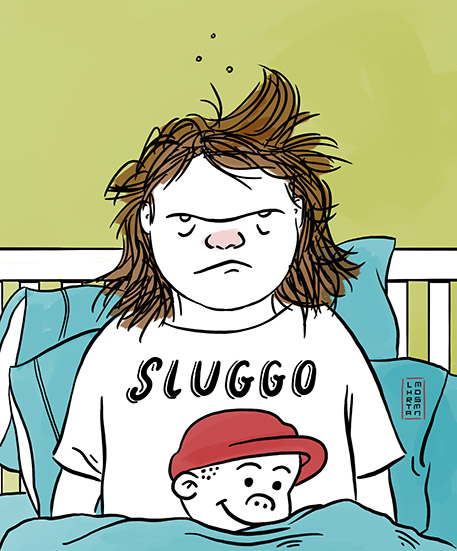 Thumper Smith idolized Sluggo not for his casual outlook on this game called life but for his hairstyle, or lack thereof. Thumper also envied Sluggo’s nickname, which at least seemed tough and rowdy rather than bunny-ish and Disneyfied. Thumper tried to sell the “Thump” part but couldn’t pull it off. He blamed his hair, really, and planned to spend some quality time with his mom’s Venus razor once he managed to roll out of bed. Which would be any time now. Any time.