Just in time for the summer swelter, I finished my Fiddlehead Mittens. They were great fun to knit and I'll likely whip up another pair some day. 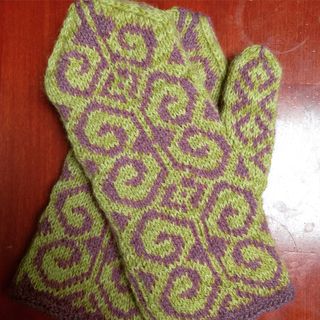 (Actually, I finished them about a month ago. I just got around to taking a picture and putting them in the winter gear storage box.)

The yarn is from Foxfire Fiber and I picked it up in January in Pawtucket, Rhode Island. As one does. 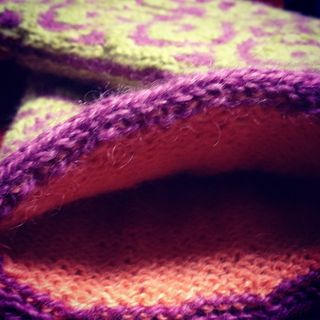 The lining is a peachy pink color that refuses to photograph well.

As for what's on the needles now -- I just finished a scarf, whose picture I'll take sooner rather than later. I also have two socks-in-progress but I don't really like either of them and am finishing out of a sense of duty. There are a couple of projects currently on the time-out shelf that may be due for a re-visit. Other than that, though, I've got nothing. What should I knit next?

In other news, HRH Lucy would like to say "Hello." 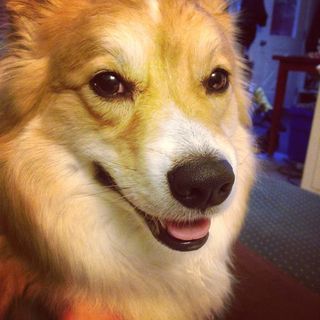