"The first rule of Parenting from the Couch is not to talk about Parenting from the Couch. Whatever you do, do not to tell anyone judgy about this. (You know, that perky friend down the street who does crafts with the kids with sincere happiness? Yah. Not her.) They will not get it and will fill you with endless stories of how they love spending time with the kids. They will make you feel like a complete jerk, a total ingrate, that you long to escape your children. We all know the "Cat's in the Cradle" song, but that guy's dad was an asshole. He didn't spend any time with his kids, so screw him."

-- On Parenting from the Couch.

And in other news, Martini Friday is up! Unlike the actual Martini, who'd much rather remain in bed.

* There's a lot to unpack in this NYT piece about campus suicide but, on a personal note, I wish I'd known about Alice Miller's The Drama of the Gifted Child: The Search for the True Self 20 years ago.

* If you've not yet had the Scott Miller experience, you really should.

* While I've not yet read all 100, the ones I have read have been fantastic.

* Jojo the surfing corgi. (Note: HRH Lucy would never, ever even get near such a thing. She is decidedly not a fan of the water.)

* What the funeral taught me.

off to the Shore

We've spent the last few days in Southern New Jersey with friends from college who now live there. It's become something of an annual trek.

Part of the tradition involves a trip to Ocean City with our combined offspring: 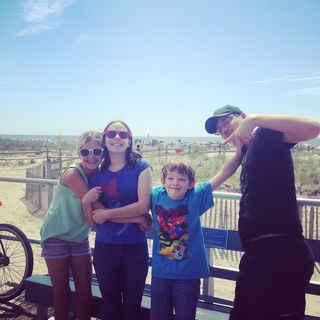 New this year was the ability to send the young ones* off on their own, armed with little more than a cell phone and their wits. They made it back to the pre-determined meeting place unharmed and 15-minutes early so we're calling it a win. This whole kids getting older thing is both awesome and terrifying.

Oh, and while at the Shore, I saw these:

They're on sale, btw.

Other than that, there was lounging and board games: 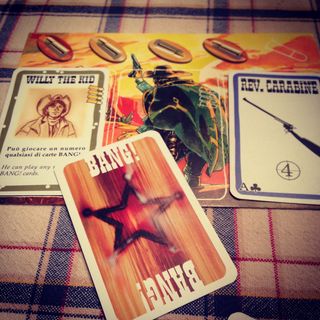 This one takes place in a Spaghetti Western. Fun -- but needs more than four people for best results.

We also went to see the Cumberland Players production of Company, which is one of the Sondheim's that really didn't age well. Still, there were some good performances, not the least of which was turned in by Joe, who is the husband-half of the friends we were visiting with.

Oh -- and our friends have a new puppy. 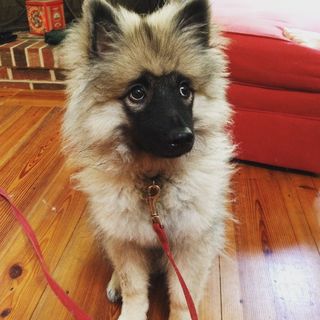 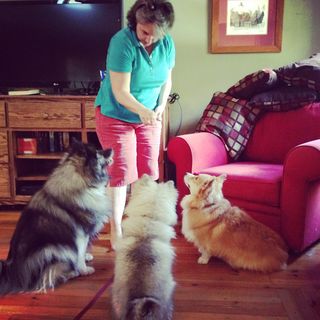 Here's the pack -- Sasha, who's 8, Simon, and HRH Lucy -- getting a refresher on sitting from Heidi.

Our Lucy and Their Simon had big fun romping and rolling and jumping and growling and tugging and chasing. Since we got back last night, Lucy has more or less looked like this, just in different places in the house: 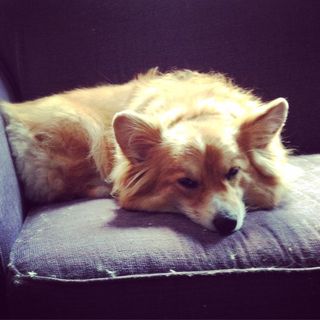 * not The Young Ones, mind

qotd, because they love him

“And as he drove on, the rainclouds dragged down the sky after him, for, though he did not know it, Rob McKenna was a Rain God. All he knew was that his working days were miserable and he had a succession of lousy holidays. All the clouds knew was that they loved him and wanted to be near him, to cherish him, and to water him.”
― Douglas Adams, So Long, and Thanks for All the Fish

While we've been taking road trips this summer, we've been listening to the Hitch-hikers Trilogy with the kids, because every kid should know where her towel is.

how is this possible?

Today he is ten: 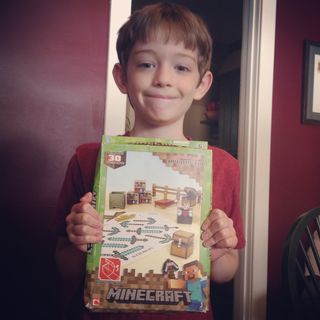 Picture snapped just a few minutes ago while unwrapping gifts. This is a Minecraft paper set in Russian, because my SIL spends a not insignificant amount of time there. It is, so far, the gift winner. Also so far, double-digits suit the Boy.

* Still a great piece of writing about a complicated (and horrible) human being.

* Now to put this plan in action.

* A reasoned approach to GMOs.

* the Visionary will not.

* This is true even if you are the mother of only one boy. Or a girl.

* I remember those days. But not fondly.

* There are stories that make you want to stab someone, like, say, this one.

I've been just busy enough this summer with long runs and/or travel, that I haven't been able to get to our local Saturday Farmer's Market. The Teen and I finally managed to wander down this weekend.

I took the standard pictures one takes at a Farmer's Market: 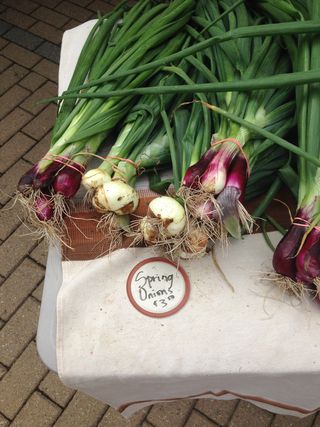 And a few pictures of our unique offerings: 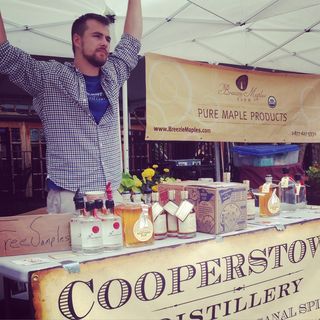 Does your local market have booze? No? I am sad for you.

Saturday was also A Happiness Sprinkle: 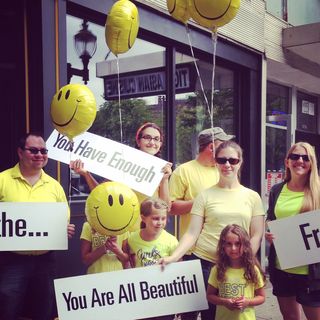 Plus, the Teen finally got to taste Bubble Tea:

Lucy, however, was more than ready to take the leftover bubble tea off of our hands: 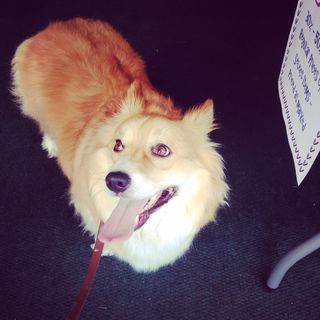 She's a giver, that Lucy.

shameless self promotion: 408 in a series.

No time for a quote. Here is this week's Martini Friday: Nope.

My Dad is currently purging years of accumulated stuff -- and giving some of it to me, as one does. This was taken on my grandparents' wedding day. What you can't tell from the photo is how teeny tiny they are. My grandmother was, maybe, 5 feet tall on her very best day. My grandfather couldn't have been that much taller. 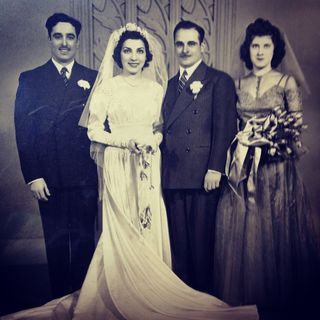 How I wound up as tall as I am is still something of a mystery.*

* There is some height on my mother's side but I'm still among the tallest.

So we're back from the great state o' Maine. The race didn't go as hoped, which is a long story for later in the week. Still we had a great time with friends from college who live near Bath and did all sorts of Maine-y things. Lobsters were involved. Even the dog got one: 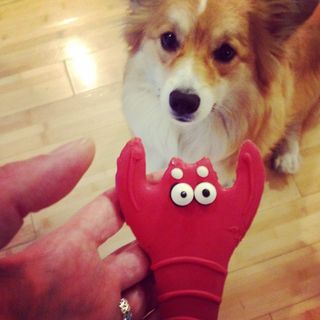 I'm trying to find what few bearings I have. I'll check back in soon....