qotd, this works for writing, too

Author Isaac Asimov once wrote, "The most exciting phrase to hear in science, the one that heralds new discoveries, is not 'Eureka!' but, 'That's funny ... ' "

-- From this NPR story about 12 recent and accidental discoveries in science.

shamless self-promotion, 345 in a series

This week's Dry Martini column for AMR, in which I try to capture the wonder of Austin and learn a blindingly obvious lesson.

On Saturday, I had to run up to Lafayette, NY, to fetch my kids.* Before I left, I downloaded the Hamilton soundtrack, which is something I kept meaning to do but never managed to actually, you know, do.** Because, life.

The kids and I listened to more or less the whole album on the drive home. It was amazing. They were rapt; I was rapt. It really is all that it's been hyped to be. But a couple of things struck me, especially during this primary season, where divisiveness and hate seem to be winning the day. That's just what we do, as Americans. It's baked into the system. Each and every election is a chance to get all of the ideas out and look at 'em. Yeah, some of them are mean and bitter and small -- but you need to get all of it out there if any progress is going to be made. And we have made a heck of a lot of progress, even if it doesn't always feel like it. I've been able to vote for all of my adult life, for one, which is not what would have happened at the start of our country.

Is progress slow? Yes. Do we regress sometimes? Of course. The long arc bends toward something better, I think. Even if it's ugly sometimes.

There were other thoughts, too, like how this whole "independence from Britain" idea wasn't a sure thing. **** We don't appreciate enough how fraught and precarious that time was. The musical is a great reminder that our nation is what it is because of immigrants and we'd be much poorer if we forgot that. We still need the fresh energy. It's a feature, not a bug.

I'm going to do my best to remember all of this as the election season goes on and on and on -- and immerse myself in the soundtrack when I need to. Which might be hourly, given the way it has gone, lately.

* Short version: my husband's folks live in Rochester, NY. Lafayette is about halfway between here and there. We use it as a rendezvous so that no one has to do the full 6-hour round trip drive.

** Also: I was pushed over the edge by the casts' Grammy performance. Seriously. None more amazing. ***

*** Also, also: the woman in the pants with long, dark hair is one of said husband's former students. Someday, maybe, we'll manage to see her in it.

**** Had the same thought when I saw HBO's John Adams.

While I love going out of town, I dislike the crazy, frantic catching-up that comes after. Which I am still doing. So while I continue with that, a little something for you to listen to: a conversation between me, Sarah Bowen Shea, and Becca Pizzi, who ran 7 marathons in 7 days on 7 continents. Yes. Yes, she did.

No "many things... " post today. I am freshly back from an amazing weekend in Austin, TX (y'all), and haven't had a chance to pull it together. For what it's worth, today is "wear your medal to work" day. 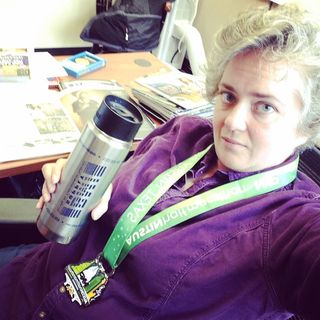 Yes, I am as tired as I look and it was Worth. Every. Moment.

qotd, my kind of game

"I don’t think she’s finished getting dressed. I hope there’s a mumsy character who follows her around the game with a jumper saying, “Don’t forget your cardigan!” Is there? I would play that game."

-- from a Kotaku feature on women's costumes in video games. 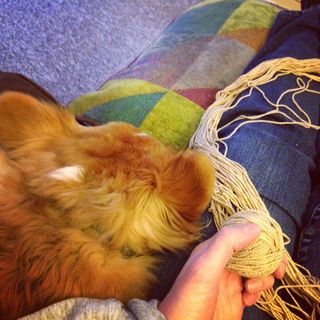 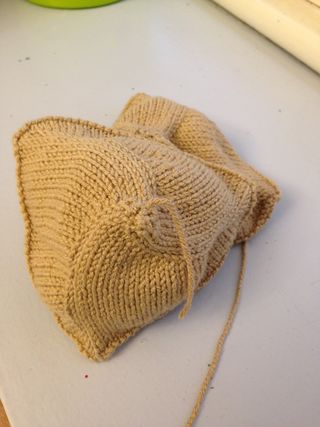 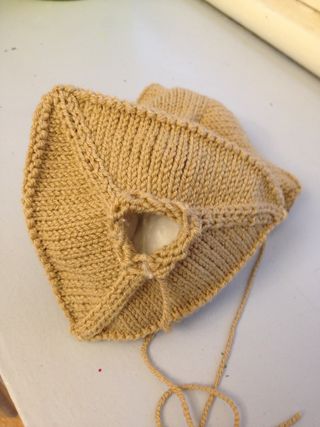