For really uninteresting reasons, I've been going through the newly digitized archive of my alma mater's newspaper. I couldn't care less, mind, about what happened after I graduated in 1993 -- but I have been fascinated by what was covered during the four years I was there. Like this tidbit, which is a 1992 clip that gave its best guess for what the college of the future would look like:

I'm most amused by how accurately they predicted how much could be done from a dorm room -- go to the library! pay tuition! -- but missed that it wouldn't be done with push button telephones. This "predicting the future" business is harder than you'd think. Which gives me hope that all of the pundits predicting Trump's presidency are equally inaccurate ....

Regardless, this ad from 1991 is still totally sketchy: 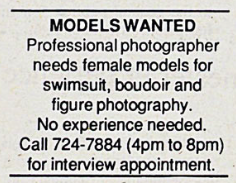 shameless self-promotion, part 1443 in a series

I know I've been thin on this here blog lately. This week's Dry Martini column over at Another Mother Runner might help explain why.

Additionally, this might provide further proof that I, while I have given myself an opportunity to have a lot to write about, what I write might be more of a cautionary tale rather than an inspiring story....

You had a line I liked about falling in love with America, in all its beauty and awfulness, and how that was like falling in love with a girl while you’re holding back her hair as she’s vomiting. Do you still feel that way?
I still have the immigrant’s crush. America is fundamentally the best idea for a country. Not to get all Statue of Liberty about it, and this is hard as a British person to say, but the principles by which the British were kicked out of this country are the best principles. And however flawed that initial Constitution was — and the fact it needed to have amendments out the wazoo to make any kind of coherent sense — freedom of speech is still the best idea. I can call people chicken fuckers on television. I don’t take that for granted.

Also: On this week's Another Mother Runner podcast, Sarah and I talk about Achilles International and penguin desserts.

qotd, get in line

“When your young life offered its first disaster, naturally it loomed large. After you’d survived dozens, you basically just told the next one to take a number and get in line.”

— Lois McMaster Bujold, Gentleman Jole and the Red Queen, which I have thoughts about.

shameless self-promotion, 3.14 in a series

This fortnight's Dry Martini column, in which I run and dither.

This is Lucy's favorite way to lounge: 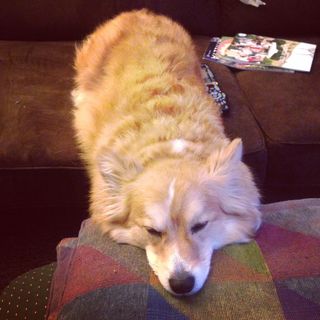 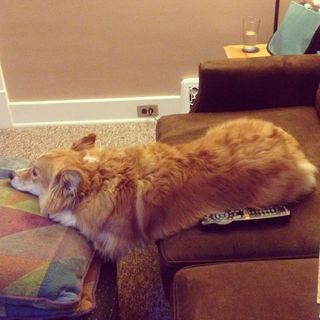 It feels like she's trying to tell us something -- but what?