A year and a couple of months ago, we adopted a dog. He'd been found wandering the beaches of Puerto Rico and was rescued by the Sato Project. Eventually, he would up with us. 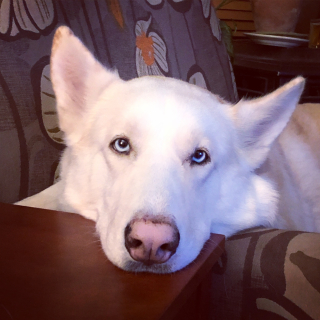 Lobo is, in short, a gigantic goober. He origin story is also a total mystery.

Because I had some spare Christmas cash, I decided to see what science could tell us about this majestic beast. A couple of weeks later, I have the results. 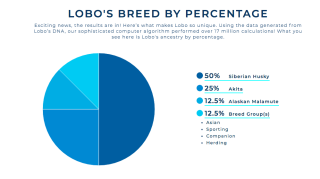 What's surprising is how much husky is in there. We figured there was some but not that much. What's also surprising is that there is no shepherd, which means I should stop calling him a husky-shepherd mix. I didn't expect the Akita, either, but here we are.

Also surprising: the DNA service also gives descriptions of each breed's most prominent traits. All three of those are described as intelligent, loyal, and stubborn. So two out of three isn't bad.

Most surprising of all, however, is that this wanna-be sled dog wound up on a Caribbean beach. That's the mystery I most want to solve and the one that is most difficult to unravel.

My latest column for another mother runner is alive. In this one, the fates smile kindly upon my run in Rehoboth.