Isabella is still on her way to Yamagata. It is taking a while. But that works out well for me because I have made a big discovery.

Would it feel quite so big if I hadn’t been safer-at-home for the last *checks notes* seven years? Maybe not. But is it big to me right now? YES.

First, the passage that led to the discovery:

Isabella noticed that several of the streams she has passed have cotton cloths suspended above them by four bamboo stakes. There is a long narrow tablet with characters on it nearby. Sometimes, there are flowers in the stakes. Always, there is a wooden water dipper on the cloth.  In this part of her journey, she happened to catch a Buddhist priest pouring water onto the cloth with the dipper. They were heading the same way, so she had the chance to talk with him about what is happening there. It is called “the Flowing Invocation.”

“… the tablet bears on it the kaimiyo, or posthumous name of a woman. The flowers have the same significance as those which loving hands place on the graves of kindred. If there are characters on the cloth, they represent the well-known invocation of the Nichiren sect, Namu mil ten ge kio.* The pouring of the water into the cloth … is a prayer.

“I have seldom seen anything more plaintively affecting, for it denotes that a mother in the first joy of maternity has passed away to suffer (according to popular belief) in the Lake of Blood, on of the Buddhist hells, for a sin committed in a former state of being, and it appeals to every passer-by to shorten the penalties of a woman in anguish, for in that lake she must remain until the cloth is so utterly worn out that the water falls through it at once.”**

I am affected just by her description, so much so that I started searching for “the Flowing Incantation” to learn more.

(Actually, I searched for the Flowering Incantation first and found a lot of yoni-talk and jade eggs. It was a weird pocket of the internet that I don’t really recommend.)

Which is when I discovered that in a small Scottish library, there exists a version of Bird’s Japan book that has illustrations and that scans of said edition exist on-line.

Attached are a couple of ‘em for parts we’ve already explored. Enjoy. 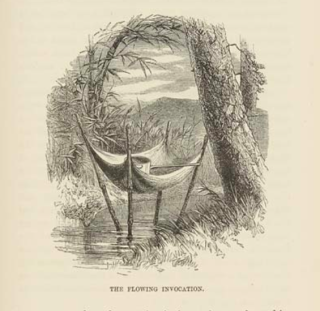 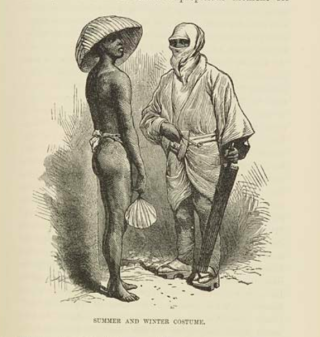 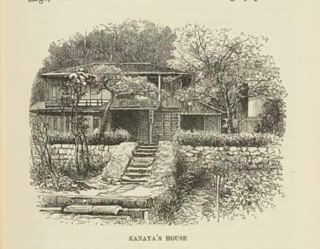 ** Of course, the wealthy found a work-around and bought cloths that were mostly worn through to begin with. It’s like papal indulgences but with fabric.

Isabella is slogging her way up to Hokkaido still. The going is slow because of mud, bugs, and illness. To be honest, even though I’d be happy to go just about anywhere right now, this part of the trip sounds dreadful.

At her stop in Yamagata city, she praises most of the shops but discovers that the Japanese, “from the Mikado downwards, have acquired a love of foreign intoxicants, which would be hurtful enough to them if the intoxicants were genuine, but is far worse when they are compounds of vitriol, fusel oil, bad vinegar, and I know not what. I saw two shops in Yamagata which sold champagne of the best brands, Martel’s cognac, Bass’ ale, Medoc, St. Julian, and Scotch whisky, at about one-fifth of their cost price — all poisonous compounds, the sale of which ought to be interdicted.”*

Speaking of Yamagata, their mascot** is Hanagata Beni Chan, which is a princess in cherry-print kimono with safflower flower hair. There’s probably more about her online but most of what I’ve found is in languages I don’t speak so I welcome any insight into what the heck she is holding that you can offer. Is it a pizza? Fun hat? Fireworks? 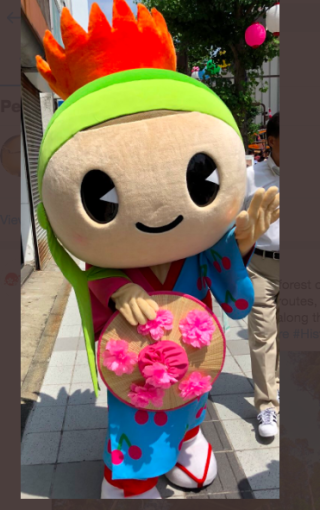 The trip doesn’t improve after she leaves Yamagata and goes further into the Dewa mountains. At that night’s stop in Shinjo, “the mosquitos were in the thousands, and I had to go to bed, so as to be out of their reach, before I had finished my wretched meal of sago*** and condensed milk. There was a hot rain all night, my wretched room was dirty and stifling, and rats gnawed my boots and ran away with my cucumbers.”

* Which is why, in the modern age, government agencies keep track of crazy stuff like labeling and adulteration…

What a great line: "rats gnawed my boots and ran away with my cucumbers. "