I’ve reached a point in this journey where I look at Isabella’s journal and my maps and truly wonder if she’s just making up place names. I’m also not certain why she is choosing the route that she is to get to Hokkaido. Once in Niigata, I’d just go up the coast. And yet, she’s tracking back inland. I suspect there are reasons — but have no idea what they are.

Anyhoo. She’s going roughly towards Yamagata, which is marked 6 on this map.

The beginning of the journey is marked by cucumbers, after she and Ito ride into Kurokawa, which is “much decorated with flags and lanterns, where the people were all congregated at a shrine where there was much drumming, and a few girls, much painted and bedizened,* were dancing or posturing on a raised and covered platform**, in honor of the god of the place, whose matusri or festival it was; and out again, to be mercilessly jolted under the firs in the twilight to a solitary house where the owner made so difficulty about receiving us, but eventually succumbed, and gave me his one upstairs room, exactly five feet high, which hardly allowed of my standing upright with my hat on.***”

While she has a room, she has no dinner. The man who owns the house “had no rice, so I indulged in a feast of cucumbers. I never saw so many eaten as in that district. Children gnaw on them all day long, and even babies on their mothers’ backs suck them with avidity.”

Beyond cucumbers, what marks the district most is its mountains and its remoteness. The climate, she says, is wet in summer and bitterly cold in winter.

“These people never know anything of what we regard as comfort, and in the long winter, when the wretched bridle-tracks are blocked by snow and the freezing wind blows strong, and the families huddle round the smoky fire by the doleful glimmer of the and on, without work, books, or play, to shiver through the long evenings in chilly dreariness, and herd together for warmth at night like animals, their condition must be as miserable as anything short of grinding poverty can make it.”

* “dressed up or decorated gaudily.” It was new to me, too.

**If the onlookers were throwing yen at them, I’d have a much different impression of why they were dancing. 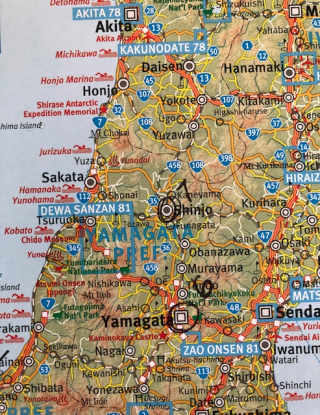 We’re going to step away from Isabella’s journey through the mountains for a minute. We’ll get back there tomorrow.

Back when my Bird obsession started, I did what all professional writers do when they become obsessed with something: I farted around on the internet.

While farting around, I discovered many things (many of which will be revealed). One fun discovery is that there are other writers who share my obsession, like Lori Mortensen, who wrote a kid’s book about Bird called Away With Words.

“So where did this idea come from?,” Mortensen wrote on Kirby Lawson’s blog. “Like many people, I’d never heard of Isabella Bird before. However, one day when I was at my computer looking for a new project, I decided to research women’s firsts online—first woman doctor, first woman astronaut, first woman lawyer, etc. When I discovered Isabella Bird was the first woman member of the Royal Geographical Society, I was instantly intrigued.”

It took her ten years to unlock just the right combination of agents, editors, and words to get the book published. All of the detours were worth taking, however, and got her to where she needed to be. She tells Bird’s story with panache — and Kristy Caldwell’s illustrations* are the perfect partner.

There are quotes from Bird’s books interwoven with Mortensen’s text that captures Bird’s discomfort with English society and how her precarious health fed her wanderlust. Plus, there’s a timeline and a bibliography for nerds** who dig them. And there’s a photo of Bird herself, in Manchu dress from the 1880s.

* she also did the illos for a book about Frances Perkins that’ll be out in August. Yes, please.