Isabella have been riding on. She is near the top of the Arkansas Divide. The snow is 13” deep and it is 9 below zero.*
“My feet had lost all sensation, and one of them was frozen to the wooden stirrup….I had only ride 15 miles in 8 and a half hours, and must look for a place to sleep in. The eastern sky was unlike anything I ever saw before. It had been chrysoprase,** then it turned to aquamarine, and that to the bright full green of an emerald. Unless I am color-blind, this is true. Then suddenly the whole changed, and flushed with the pure, bright, rose color of the afterglow.”
Birdie was sliding all over the place and Isabella was nearly frozen so she stopped at the first cabin she saw. It was already contained 17 snow-bound men, so she pressed a half-mile further on.
She “reached the house of a German from Eisenau, with a sweet young wife and a venerable mother-in-law. Though the house was very poor, it was made attractive by ornaments, and the simple, loving, German ways*** gave it a sweet home atmosphere. My room was reached by a ladder, but I had it to myself and had the luxury of a basin to wash in. Under the kindly treatment of the two women, my feet came to themselves, but with an amount of pain that almost deserved the name of torture.”
*F, not C.
** It’s a gemstone. Photo attached.
*** lots of kartoffoln, I suspect, with maybe some yelling and schnapps. 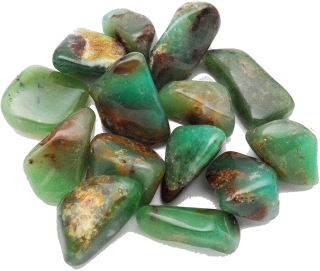