Home Archives Profile Subscribe
Izzy Bird, ships of the grass
shameless self promotion, 3.1 in a series

Isabella has made it to Evans’ shanty* in Denver. It’s where Mrs Evans and the kids are overwintering, rather than remain in Estes Park.
Initially, Isabella was going to leave Birdie with the family and take the train to various places. She is convinced by Governor Hunt and an editor of the Rocky Mountain News that it makes more sense to just ride. They draw a route for her and provide a letter of recommendation.
Then some words about Denver:
It is “no longer the Denver of Hepworth Dixon.** A shooting affray in the street is as rare as in Liverpool, and one no longer sees men dangling to the lap-posts when one looks out in the morning!” There are shops and hotels and some factories. It’s starting to become a real city.
The biggest draw remains the “camp cure” for those with breathing difficulties. “Asthmatic people are there in such numbers as to warrant the holding of an ‘asthmatic convention’ of patients cured and benefited,” she says.
The city “stands at a height of 5,000 feet, on an enormous plain, and has a most glorious view of the Rocky Range. I should hate to even spend a week there. The sigh of those glories so near and yet out of reach would make me nearly crazy…The number of ‘saloons’ in the streets impresses one, and everywhere one meets the charismatic loafers of a frontier town, who find it hard even for a few days or hours to submit to the restraints of civilization…To Denver men go to spend the savings of months of hard work in the maddest dissipation."
* her description
** Dixon (below), also British, was a travel (and other) writer active about 20 years before Isabella. He also went to the American West and was a member of the Royal Geographic Society. He wrote a bunch of biographies, including one of William Penn, and about a billion other things. Spiritual Wives, his 1868 book, led to him being accused of indecency. In the 1870s, his eldest two children died, he lost his life savings, and his house was destroyed after a boat full of gunpowder exploded on Regent’s Canal. His daughter Ella was also a writer of note, if less colorful and with less expansive facial hair. 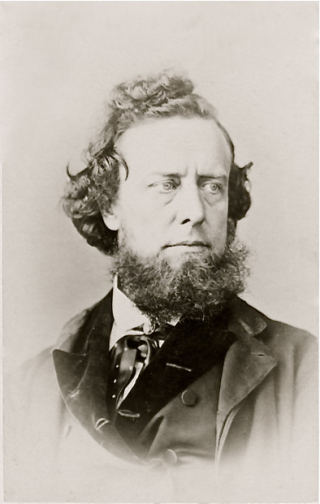